When you have a huge spider bite on your arm that bleeds constantly, you begin to look at your own appendage in a morbid trance of disfigurement.  You cannot wear short sleeves, or at least shouldn’t, as to not arouse the locals.  The inner-voice never seems to quiet itself and causes a kind of internal chaos that makes you think of screeching animals descending all around you and your world is falling apart – like an earthquake in slow-motion – howls and curses, blowing horns and police sirens as a backdrop to something slowly dying.

Or at least that would be my impression of such a thing.  Much like the bombshell trade in name only with the Diamondbacks and Braves yesterday.  I say “in name only” because the mind jumps that Shelby Miller is a great pitcher and the D-backs have an impressive 1-2 punch with the earlier signing of Greinke.

Miller is being sold as an ace – he’s not – he’s a #3 on a team that has championship aspirations.  For Arizona, just because you HAVE aspirations, doesn’t mean you are championship material.  Here’s the problem with the trade Arizona fan should consider:  You traded away Inciarte and Dansby Swanson, the kind of prospect that could be dealt for an actual ace, who will not spend a lot of time in the minors, as an already polished college player from Vanderbilt.

My point is, if this is what they were willing to deal away because of the urgency felt to contend; then why not try for Jose Fernandez who is better and cheaper, or Sonny Gray.  it is reasonable to assume that the pitcher Arizona traded away, (Aaron Blair) could be the same pitcher they just traded with Atlanta for, except he’s cheaper and they would have him longer than the 3yrs they have Miller for.  Yes, prospects do not always pan out, and if the D-bags make the playoffs, or a World Series within the next three years, then maybe this deal ends up a push, is that enough to still be worth it, the future for 3 years?  What has the front-office done to earn that right to believe they have done nothing but get fleeced amongst the sound of something being killed.  Just ask San Diego.

What happenned to this guy?  That’s the question several Falcons fans have been wondering for the last 6 weeks.  ESPN’s Vaughn McClure reported that Matt has been overwhelmed by Kyle Shanahan’s playbook.  There are times that it looks like Ryan Leaf is playing QB for the Falcons – it’s not that far of a stretch, they do look a lot like – Has Matt lost confidence?  Is his recent struggles a trend?  Does Atlanta look for a replacement? 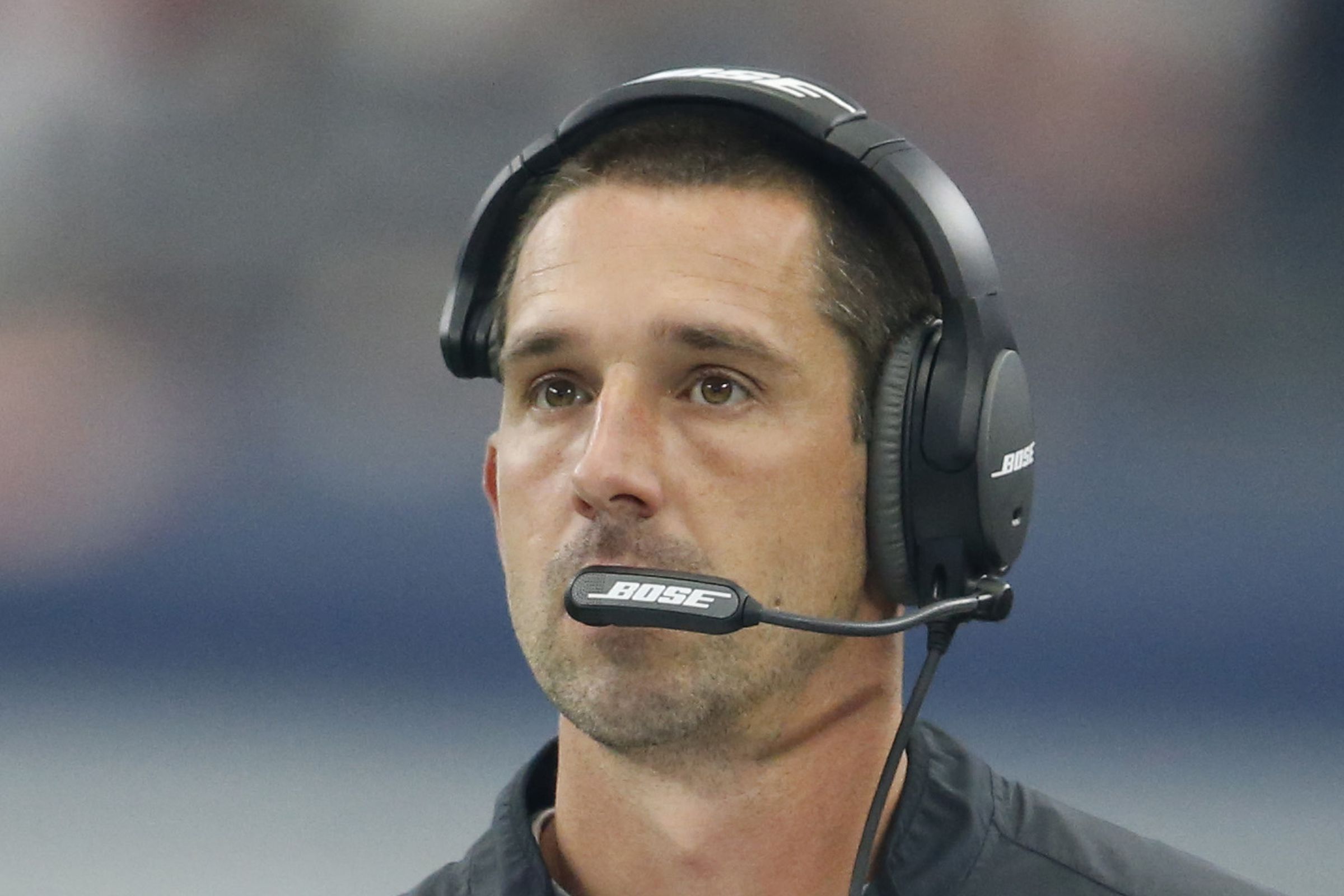 I say we slow the roll and because I think it lies mostly with Kyle Shanahan.  For starters, give me the last QB that was successful under Kyle Shanahan – none and why is that, because he is a QB killer.  His play-calling is the worst – Devonta only has 14 carries for 50yds against Tampa, he fails to consistently get the ball to Julio Jones to let him dominate a game – like the Steelers let Antonio Brown do.  Julio is the only receiver on the team and you waste plays throwing to Roddy White who would still be a third option in Carolina.  Was it Matt Ryan that was supposed to stop Jameis Winston from his 3rd and 19 run for a first down?  Matt has made some mistakes for sure, but it is more than just him – average line, average talent, below-average play-caller with arrogant-entitlement issues.

So the writing is on the wall for Dan Quinn – do you want to be Mike Smith 2.0 or do you really want to bring a championship to the ol’Dirty.  Before Matt Ryan, Atlanta never had back-to-back winning seasons – with Matt Ryan, 5 straight.  For all Saints fans, the best thing for you to do Dan, is keep Kyle and get rid of Matty Ice.

Some men just want to watch the world burn.

Indeed and now we have a real and fantastic possibility to root for.  Cheering for the two best teams equates to fascism, hoping for a Jaguars/Eagles football championship is more democratic.  So join me on DJ Gallo’s wild ride of stink-i-tude as he dissects the beauty of such a possibility we all want, deep-deep down in the cockles of our hearts.

The NCAA is a Rogue-Nation with its own agenda and has operated without accountability for decades.  Take the matter of USC and a recent court ruling calling into question how the NCAA Cartel enforces the institutions it is mutually charged with overseeing.  The court ruling is just another abusive-self-induced black eye that sheds light on the questionable gestappo tactics and decisions the NCAA has used in other cases like Penn St or Miami.

Someday in our lifetime, the NCAA will be gone and something that will truly represent what college athletics could be.  But not until the pimps, (coaches) are punished for their actual crimes as CEO over a free-labor force that generates them millions of dollars without consequences.  It’s just my opinion, I could be wrong.

Spurs of the Moment

The Spurs love the Warriors.  All the attention is on Golden State, as it should be, but while the spotlight blinds, the Spurs are currently 18-4.  As Hunter Felt explains, the Spurs wouldn’t want this flight under the radar any other way – here’s to a healthy Warriors/Spurs Western Conference Finals!

LeBron James will be in the Nike stable for the rest of his basketball career — and beyond.

The world’s largest sporting goods company Monday signed the four-time NBA MVP to an unprecedented lifetime contract. Terms of the deal weren’t released, but sports agent David Falk, who represented Michael Jordan for most of his playing career, estimated its value at $400 million to $500 million.……(continue reading)