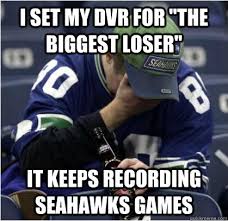 This week we have Tyrod Taylor as being slated with the toughest matchup for the week.

Tennessee’s defense has been a quiet surprise so far this season and Buffalo is missing a ton of guys.  I like the Titans this week and I can definitely see Taylor struggling a bit in this game.  Andrew Luck is our #2 and with the news coming out this morning, he isn’t going to play so Matt Hasselbeck can replace him on our list for this category.  Last we have Andy Dalton against the Seahawks at home. I do not think that Dalton will struggle this weekend but Chancellor has certainly provided a small spark for this team. Their problem is more on the offensive side of the ball. Fred Jackson will not play and who knows about Lynch. Jimmy Graham is not the player that Drew Brees made him and that is glaring thus far so you are left to the Wilson show. While he is great, even the Lions defense showed you how to shut them down.

In this segment, I am going to breakdown the pass defense, rush defense and overall defense to exploit for the week. If a team shows up in this area, it is because our system shows them as giving up the most yardage totals for the upcoming week.

Let’s make this simple to the stats as they come directly from our Odds page, so come and take a peak here.

I agree that Justin Forsett is going to torch the Browns defense this weekend and I like him on both FanDuel and Draftkings.  In fact, he had a breakout game last week and with Steve Smith expected to miss this game, look for him to play a big role as the Ravens look to get back in the division race. As for the Giants pass defense, while terrible so far, they get Captain Check Down this week.  I don’t believe that the Giants will give up the most passing yards this week simply because of who they are playing.  Instead, I think Brady goes for 350+ on Dallas.  That brings me to New England’s defense, DC*3PO has them giving up a ton of yards to the Cowboys, which could be the case but I don’t think so.  I have already said that I believe the Pats win 49 – 10 so the overall defense to exploit is in fact Dallas.  The defense that I think will create turnovers and not give up many yards is in fact the Giants. If you take the Giants D, you will save an extra $400 or more on this roster spot and that might just get you Keenan Allen or Larry Fitzgerald in that mid range zone.  Most people will pick the Denver D for their fantasy team as evident in our Public Picks later in this article.

Our top 3 QB’s for this week in order of projected score is Tom Brady #1, Aaron Rodgers #2 and Drew Brees #3. Okay, by now you have to have put Brady on at least one lineup, so I think we are covered there.  Let’s talk about Aaron Rodgers. He heads home this week to put his no interception record on the line against the Rams.  I like the Rams defense, they shut down Pittsburgh, even though Big Ben got hurt, they still only scored 12 total points.  They are coming off a huge win at Arizona and if Gurley gets it going, this could make for the game of the weekend.  All that said, Rodgers is a good play but I don’t think he is worth the cost in daily fantasy this week, too many cheaper options that will get similar production.  Drew Brees did make a comeback last week against Dallas, another reason I like Tom Brady, with Spiller make a huge contribution, we will see if they can keep in going.  I am on the Saints so I have to be on Drew Brees.  I am more on Snead though for this week.  He is a sneaky sleeper that less than 1% of daily fantasy players will have on their lineup.  He should get a TD this week and he will get 8 catches for 70 yards.