Posted on July 31, 2015 by Logan Cartwright baseball Aside

MLB’s trade deadline occurs at 4pm eastern time today, and with a little less than five hours to go, we recommend you buckle up for a wild ride.  Here’s a look at who’s been traded so far, who’s likely to be dealt today, and which teams to keep an eye on.

Who’s Likely To Be Moved

Teams To Keep An Eye On

The Baseball info is up on the baseball page and Scott Kazmir has been traded to Houston, in the first of what we would assume, will be a flurry of significant trades.

Trade talks were said to be “heating up” late yesterday, Susan Slusser of the San Francisco Chronicle reported. She tabbed Houston as the likely suitor.

He’ll return to his home town in the deal. The Astros had previously pursued him in free agency, but he decided to join the A’s on a two-year, $22M deal. Kazmir will finish that contract with the Astros, and will also pick up a $500K assignment bonus in the process. Because he was acquired in the middle of the year, the Astros won’t be able to extend Kazmir a qualifying offer, which should aid his free agent case.

In Kazmir, the Astros get a top-performing starter to slot into the club’s rotation. Though he has long been dogged by injury questions, any such concerns are much less prevalent in a rental scenario. The 31-year-old, who burst back onto the scene after a long layoff, threw 190 1/3 quality innings last year and has been even better in 2015. He owns a 2.38 ERA over 109 2/3 frames, with 8.3 K/9 and 2.9 BB/9 to go with a 45.9% groundball rate.

ERA estimators view Kazmir more as a mid-three earned run per nine talent, but that’s plenty useful for a Houston rotation that was in need of good innings down the stretch. He’ll join Dallas Keuchel and Collin McHugh atop the rotation, which also features the sturdyScott Feldman and youngsters Lance McCullers Jr. and Vincent Velasquez. Astros GM Jeff Luhnow said that the acquisition gives his club “one of the deepest rotations in the American League,” adding that he hopes the move makes Houston “a viable force,” as Mark Berman of FOX 26 tweets.

By moving for a short-term piece, Luhnow avoided the need to part with the organization’s highest-rated minor league talent. That could keep some powder dry should the club look to add a bat or other piece. While neither of the pieces going to Oakland have received much hype, though, it’s worth bearing in mind that they come from a deep Houston system and have improved their stock with their 2015 performances. And A’s GM Billy Beane obviously preferred to add the pair rather than attempting to pick up a draft pick by offering Kazmir a qualifying offer after the season.

Mengden, 22, holds the 19th overall spot in MLB.com’s ranking of Astros prospects. A fourth-round pick in 2014, the righty is said to have four pitches with some promise. That could make him a rotation piece down the line, though some view him as a reliever in the long run. Mengden dominated at the Class A level this year, though he’s slowed somewhat since moving up to High-A, with a 5.26 ERA and 8.7 K/9 against 3.3 BB/9 over 49 2/3 innings.

Meanwhile, in Nottingham, the A’s will add Houston’s 22nd-rated prospect, per MLB.com, which says there are some questions whether he can stick behind the dish. He just earned a call-up to the High-A level, and has put up big numbers as his promising power has turned into production. Over 329 total plate appearances this season, Nottingham owns a .326/.383/.558 slash with 14 home runs. That performance bumped the backstop into the top-ten of Houston’s pre-MLB talent in Baseball America’s mid-season update.

While both acquired players obviously have some real promise, it’s notable that Beane elected for a return of more projectable, far-from-the-majors assets. His offseason moves seemingly focused more on adding talent at or near the major league level. It will certainly be interesting to see whether the club follows suit if (or, more likely, when) it moves some of its other veteran pieces.

With that out of the way here are some other, alternate names that could be moving soon:

Of all of the top guys on this list, Upton is the most likely to be dealt. His contract expires after the season, the Padres are out of the race and he is due for a massive raise that will be outside of their budgetary abilities on the open market. Dealing him now replenishes some of the prospects they moved in their win-now movement this past winter.

Chapman only sees the market if the Reds deal Cueto and therefore go all-in on kicking off a mini-rebuild. It is that conditional availability that keeps him from not being in front of Papelbon, but if he is dealt, it would likely be at the cost of a number of top prospect types.

The Marlins acquired Latos as a “final piece” type of starter to headline their rotation until Jose Fernandez returned. But a slow start, coupled by the injury to Giancarlo Stanton, put them in the class of moving certain guys out to get ready for the future. Latos would bring back a solid haul of prospects (for the third time in his career) and be the best option for teams that need to get better on the mound but do not want to pay the Cueto or Hamels price.

A speed-first, light-hitting lead-off type usually isn’t a pivotal presence, but Revere could be the spark plug a team needs to add a new element to its attack. He would be the easiest part for the Phillies to unload and should have plenty of suitors.

Defense, defense, defense and a dash of bat as well. A former Platinum Glove winner who can play every outfield position would be a welcome add for any team, and his days in Milwaukee should be numbered.

He has been surprisingly productive after falling into the abyss in San Diego the last few years. Maybin offers a rangy center fielder who won’t cost much to obtain.

He was acquired to be traded, and the versatile Zobrist is beginning to come out of his season-long funk and produce by the Bay. He can help virtually any team due to his ability to contribute in the middle infield and corner outfield spots. He also has an expiring contract that is ideal for a team looking to go all-in for the short term.

An innings-eating, back-of-the-rotation type, Leake is dependable (30 starts in each of the past three seasons) and has an expiring contract as well.

Lind is a valuable trade chip due to the fact he represents a rarity in this year’s field: corner infield power. If the Brewers begin to sell, unloading Lind in a market that’s hungry for him could make for a strong return considering his relative true value.

The Phillies are going to have to decide just how much crow they are willing to eat on the remaining $72 million due to Howard through 2018 (baseball’s ugliest contract), but if they can find that balance and the right club willing to reach for the need, he could be moved.

He has already announced his pending retirement at the end of the year, so Ramirez is a guaranteed rental chip that has a minimal contractual impact. It’s the type of addition that any team looking to get solid everyday play at third base or add a bonus bat as a DH or bench depth should kick the tires on.

A veteran, All-Star bullpen arm carrying a one-year deal and could function as either a closer or a setup man with the same level of ease? Sounds good to me.

After an abysmal start, Kennedy has steadied out and gotten back to being the dependable (and sometimes underrated) arm that he has always been. For teams looking to shore up some innings and not give up a ton of top-tier prospects to do so, he’s a perfect match.

Carrying a powerful stick and an equally impressive arm, Bruce is an attractive option for teams not looking to find a player who changes everything about them on his own but raises the everyday potential of the team as a whole. If the Reds open up their doors, plenty of teams should come knocking for him.

Capable of playing third or second base with the same ease he takes to the outfield, Prado is like a poor man’s Zobrist. And as he has done in previous stops in Atlanta, New York and Arizona, Prado can fill any need instantly and contribute in a variety of ways. He’s the perfect trade deadline acquisition for contenders that just need a bit more insurance (such as Pittsburgh, Chicago or those same Yankees he previously suited up for). I like to introduce myself at parties as a guy who, when I played Baseball, I won as many Gold Gloves as Mike Trout.  It’s true so I can say it.  But how is that possible?  I demand an investigation and a Federal probe.  If we can do that for Iran’s-outline-for-a-possible-maybe-nuclear-handshake-framework-embargo-lift-o-rama-deal and other Congressional Inquiries, then this should be ok…Until then, my career, and that of the Millville Meteor are parallel – at least in golden gloves.

We are down to the final 6 days of the regular season and for your daily NBA fantasy tournaments as such, we are extending our invite to a complete breakdown that will included – specials – analysis  – projections set for you to win fresh-lettuce tonight – go to the current RotoCanon page for the week or click DiRTyPlays. Tonight features only 2 games so slim pickings, therefore you will need to be precise in your selections.  Use our DiRTyPlays, it helps you win.  We have placed the same information we send to members on our RotoCanon page for you and you will notice that it might be a good idea to look at Aaron Brooks tonight as he tops our list of #Sleepers.

It’s crunch time as the NBA is coming to a close in the coming weeks and we want you to win.  Join our FreeRoll on DraftKings as well as our beginners double up on Fan Duel.  Just click any of the links or pictures and be sure to take our poll on information provided in our DiRTyPlays segment as we look for you to tell us what level of information you are looking for. 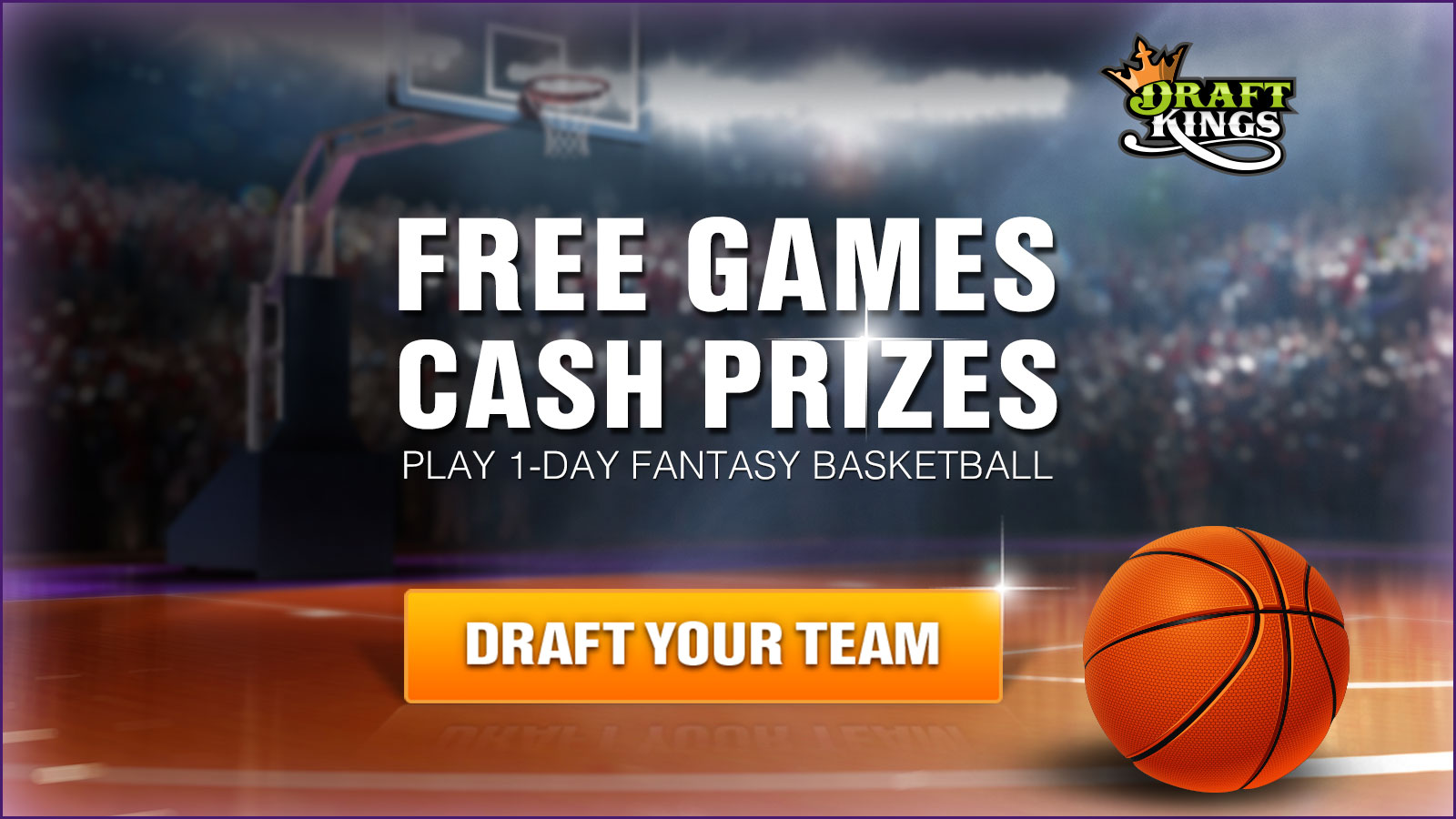 As the MLB season has kicked off, we are still in the process of testing theories, stats and information as it pertains to pertinent information, analysis, projections and subsequently lineup creation.  Over the coming weeks, we will be providing a daily set of players we have identified as having top matchups and/or hot streaks.  We will also provide you with a lineup for both Fan Duel & DraftKings that you might consider playing each night.  Just go to our DiRTyPlays page for the week and each day there will be a section for MLB.  We want your feedback, so contact us and as we release special contests, designed for our subscriber base, you can simply click any of the banners for each site to be taken directly there to enter the lineups we have prepared for you.

Vegas has the MoneyLine at Toronto -123 with the Run total at 7.

Vegas has the Moneyline at Boston -135 with the run total at 7.5

Vegas has the Moneyline at San Diego -130 with the run total at 7.