Posted on May 1, 2015 by Logan Cartwright basketball, boxing, kentucky derby, Lucid Sediments Aside

It’s wonderful.  It came in the nick of time.  The whole nation getting jittery from too much riot-news and the sporting public is demanding wilder and wilder sport-spectacles, to blot out the dark horizon…and then it happens, everywhere and all at once this Saturday.  The Sheriff and I start our day off with a bowling tournament of champions for our kids and that got me thinking about something my friend La-A (pronunced Ladasha, not kidding) said.  La-A lives up the road from the bunker and says she wants to open a chain of national bowling alleys where house rules require that you check your clothes at the door.

“It keeps them from stealing,” she told me.  “A naked person is an honest person.  We have low operating costs – free labor, no taxes, new friends in strange places and extremely addictive behavior five times a week.”  Hundreds of thousands of otherwise decent people could already be hopelessly addicted to naked bowling, which renders them useless for normal work.  Not too mention the chicken-choking-freaks that’ll hang around – you’ll notice them by the stains on their jeans.

They are the wetheads, a plague of leeches on the body politic.  They’ll dim the brain as well as the body and eventually the victim gets sucked dry and dies.  That is dead weight – which is fatal to a fast-moving economy.  Could any sane person even tolerate naked bowling – think of the tragic encounters and everything it stands for – the sound of the heavy black ball crashing down on anything made of wood-polymer in a contortionist ballet of the body, could make anyone disordered.

But if they succeed and make it a recognized sport in this country with proper rules and regulations of appearance – I am after-all, a professional sportswriter – it says so right here on my credentials – and I would have to report on what I see for you, the public, watching real-life naked bowling.  It would be televised on some Canadian HBO, late at night, pitting two teams of extremely naked women with huge breast implants and fake lips going head-to-head – that no doubt would be wearing Hooters T-shirts if this were anything else but organized recess – and let me tell you, they’d be going for it – locked in a scoreless tie after 13 frames of pretty frantic bowling.

Sounds about right…Let’s all get naked and go bowling.  Why not?  Where can you watch this stuff?  Where is one, right?  It’s still better than going to the Derby.

If you have ever been to Churchill Downs, then you know how truly heinous an experience it can be.  I can tell you that Derby Week in Louisville is a white-knuckle orgy of booze, sex and violence that, 99 times out of 100, swamps anybody who goes near it in a hurricane of fear, pain and mind-numbing disasters that will haunt you for the rest of your life.  The behavior of the crowd on race day is like 100,000+ vicious hyenas going berserk all at once in a space the size of 787 or a basketball arena.  Going is worse than volunteering to join Pickett’s charge at Gettysburg, and just as fun.  I still have recurring nightmares that cause me to wake up sweating and screaming like someone pulling a tape-worm out thru my nose.  My memories are extremely clear and far too obscene to describe here – some involve jails, insane asylums, trials, beatings, police-brutality and private graveyards filled with victims of tragic medical experiments.  You’ll come back with stories of people being deliberately set on fire and tortured by drunken rich people who then hurl their bodies off a cliff into the Ohio river and laugh about it later.  Only to have their families be told by the authorities that they must have ran off to Hollywood to get famous with a band of Turkish horse-gamblers.

Things like that happen every year when the Derby comes around – some simply disappear into thin air or come back with horrible disfigurements and no memory.  Others end up in “hospitals down south” and never mentioned again by people who knew them.  You’d like to think Eyes Wide Shut was just a movie, but Omerta is the code of the South, especially when weird shit is committed by rich people.  Horse people have very small attention spans for anything involving humans – you can read it in the obituary of some head on collision, with an unidentified truck far out on the River road and a private cremation ceremony for close family members only, who wish to remain anonymous.

Thankfully the Derby itself is only 2 minutes long – in sports few things last that long, a Rousey knockout, Sumo wrestling and drag racing are the only tings that come to mind. I have a soft spot for betting the Derby, regardless of the scars from being a witness.  So I’ll bet from a far and begin to enjoy one of the greatest Saturdays of all time.  If you’re wondering, No horse has ever won the Derby from the 17th position and that is where American Pharaoh, the favorite, starts.  With that information, these are the horses that will finish 1-4 in any order: International Star, Frosted, Firing Line, and Dortmund – I have not yet settled on Win, Place, Show, but will definitely Box these four.

Rarely can you find this much action in one day outside of a cockfight in rural Arkansas, but thankfully we have a Game 7 with the Spurs/Clippers and the night finishes off with Pacquiao/Mayweather.  It is more rare that a main event in Las Vegas starts before midnight on the East coast – and considering a NBA game is usually 2.5 hours, you’ll get to watch all 3 events on a Saturday night – just remember who owns Saturday night and the possibility of long lines at the ATM.

We all have a vice and tomorrow night indulges most of them, even for the most ardent opponent of affluent clemency.  It’s all decadent and depraved.  It will satiate our blood-lust as we circle the drain of Dante’s toilet-bowl – It’s what happens when it all accumulates on TV making long-distance hunch bets on a horse named Dortmund.  I’m starting to feel a bit decadent and depraved myself, maybe it’s all true and too much of this causes brain cancer – I will do some more research and report back later – I’ve got some bets to make and some friends to fleece.  Buy the Ticket, take the Ride! 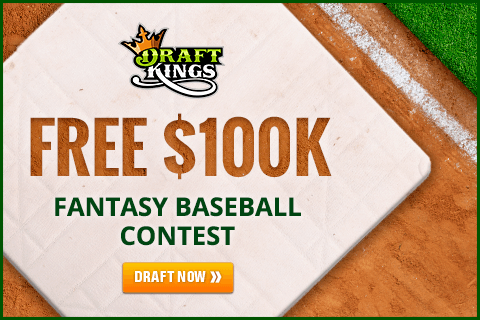