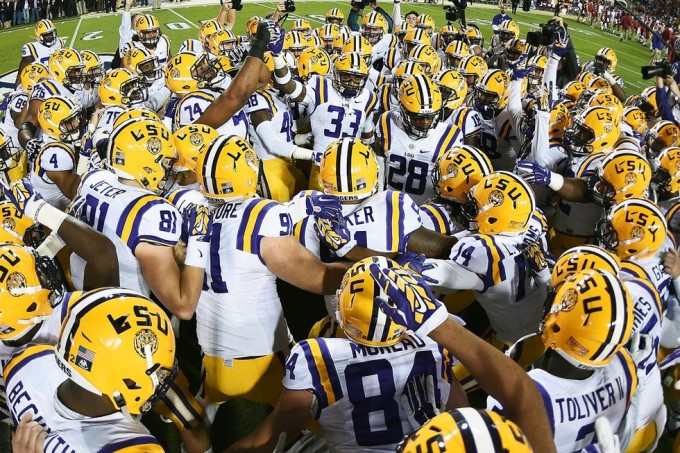 Louisiana governor John Bel Edwards insisted he wasn’t trying to scare anyone last week when he outlined the state’s economic woes ahead of a special legislative session to determine a new budget. But of course he was. Otherwise he wouldn’t have uttered the following words in his address to the state’s citizens:

“… If the legislature fails to act and we are forced to proceed with these cuts, the LSU Ag Center and parish extension offices in every parish, and Pennington Biomedical Research Center will close by April 1st and the LSU main campus in Baton Rouge will run out of money after April 30th, as will the Health Sciences Center in Shreveport and LSU Eunice. There is no money left for payroll after those dates. The Southern University System, and University of Louisiana System, and the Louisiana Community and Technical College System are in the same boat: without legislators approving new revenue this special session, some campuses will be forced to declare financial bankruptcy, which would include massive layoffs and cancellation of classes.

If you are a student attending one of these universities, it means that you will receive a grade of incomplete, many students will not be able to graduate and student-athletes across the state at those schools will be ineligible to play next semester. That means you can say farewell to college football next fall.”

In the grand scheme, the closure of hospitals—something Edwards also threatened as a possibility in his doomsday speech—would be a far greater catastrophe than an interruption of college football in the state. But Edwards is a politician. He knew which button to push. By hinting that the budget crisis could harm LSU football, Edwards turned a state story into a national one and raised the antennae of people from all walks of life whose only commonality may be their love of the Tigers.

Will Louisiana’s budget deficit, which is almost $1 billion this year and could be as much as $2 billion next year, really affect LSU on the field? Probably not. All of Edwards’s dire predictions were things that could only happen if the legislature does not pass a new budget. The legislature will likely pass one. Edwards, the Democrat who replaced two-term Republican Bobby Jindal in January, would prefer for the budget to include the particular tax increases and budget cuts he has suggested. More than likely, the budget that gets passed will involve some sort of compromise between the state’s legislative and executive branches. That’s usually how this type of thing works.

To get a little perspective on the situation, I called a Louisiana native who has worked most of his life in politics. He also might be the world’s biggest Tigers football fan. LSU graduate James Carville helped Bill Clinton win the White House and is on record as saying the SEC title game should be a national semifinal. I asked him if Edwards’s introduction of college football into the budget discussion was representative of the old politician’s trick of re-framing a debate by threatening something that enjoys bipartisan support. “You’re right, it’s a gimmick that people use in politics to grab somebody’s attention,” Carville said. “But it’s not totally a gimmick here. There’s some reality under it.”

Keep Reading: Could a budget crisis cause LSU football to miss next season?