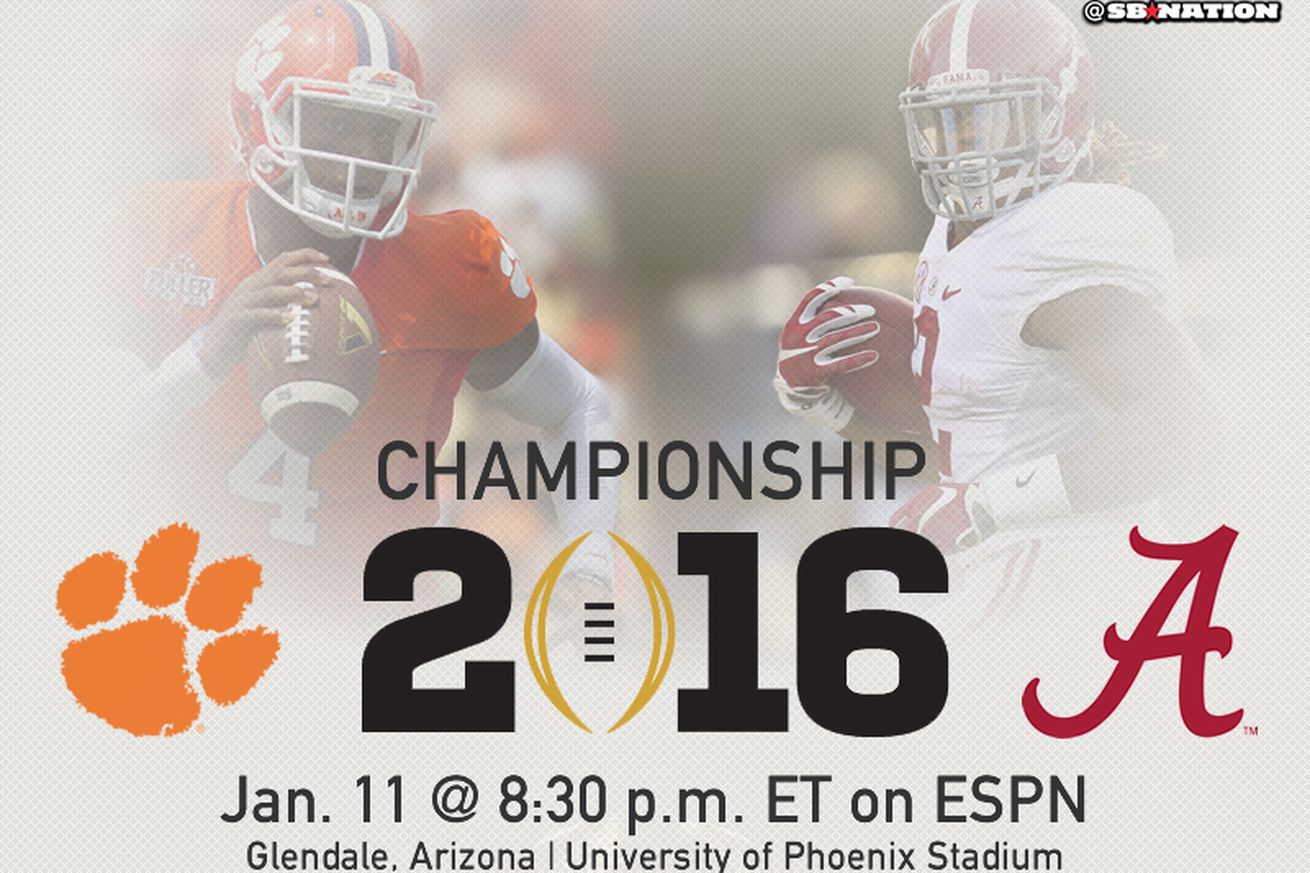 All season, conventional wisdom in college football has told us that there were no truly dominant teams this year, and there wasn’t one team that neutral fans would remember as one of the best of its era in 5-10 years.

After Clemson and Alabama dispatched of Oklahoma and Michigan State, respectively, in Thursday’s College Football Playoff with blowout wins, it might be fair to question those previous assumptions a little bit.

I still think we won’t put either this year’s Tigers or Crimson Tide in a class with title-winning teams from Miami, USC, Texas, Florida or Alabama earlier this century or even Florida State two years ago. Yet, we can’t at all doubt that these two teams are far and away the class of the college football season……

Continue Reading: Sports Central / How Alabama Can Be Beaten

The national championship game is set, and No. 1

Clemson and No. 2 Alabamaleft no doubt that they belong. The Tigers steamrolled No. 4 Oklahoma for a 37–17 win in the Orange Bowl hours before the Crimson Tide shut out No. 3Michigan State in a 38–0 rout in the Cotton Bowl.

Now Clemson and Alabama will meet in the second College Football Playoff national championship game on Jan. 11. The battle for a national title provides enough intrigue, but in case you need more, here are 10 reasons to be excited for this year’s championship game……

Last month, North Carolina State athletics director Debbie Yow faced a backlash during the IMG Intercollegiate Athletics Forum in New York when she said schools have “failed athletes” in teaching them fiscal responsibility considering she sees athletes riding around on hoverboards, which cost $300 or more. Alabama athletic director Bill Battlethen added, “tattoos and rims” to the discussion, a comment he explained later was supposed to be cute and just emphasize the frivolity of college students’ spending habits.

Beginning this academic year, NCAA Division I member schools were allowed to give their athletes a stipend to cover their full cost of attendance at their respective schools. USA TODAY Sports asked some of of the players competing in the College Football Playoff what they’ve spent their cost-of-attendance stipend money on thus far……

Continue Reading: What College Football Playoff entrants did with their NCAA stipends

So Oklahoma and Texas A&M essentially traded quarterbacks via transfers. We could wring our hands over this, or we could celebrate college players seeking their manifest destinies as all Americans should.

Or — OR! — we could throw out four other college football trades that will never, ever happen. They could be an assortment with varying degrees of irrelevance and irreverence, which you could chew up, spit out, or fume over our implications……

So it’s come down to this. The second College Football Playoff has a very attractive national title game: No. 2 Alabama vs. No. 1 Clemson.

How will the national championship game unfold? Who’ll be left standing at night’s end? Here are five bold predictions about what will happen.