Speculating is a vice, millions are hooked and many will suffer grievously before this holiday season is over, because of their desires of the heart – not the head. The traditional “Christmas spirit” runs completely against the grain of the natural laws of Speculating, which have nothing to do with silly human weaknesses like Generosity or Kindness or Carelessness.

If Santa Claus had a speculating habit, he would have been dead a long time ago. There are a lot of Criminal Psychos between here & the North Pole, and they would show no mercy on a goofy old man who gets loaded one night a year and drives around through strange neighborhoods with a truckload of jewelry & furs & gold Rolexes. What if ISIS got their hands on him? They would set him on fire & stuff him head-first down a smoking chimney.

Which is not much different from how Professional speculators treat their victims at Xmas time, which also happens to be the end of the football season & the start of Playoff frenzy that will build & grow & throb like a Shark’s heart for 33 more days until Super Bowl Sunday.

Just like Pete the Penultimate.  He was denied again reinstatement by Commish Manfred.  As Ed Graney notes in his article for the Las Vegas Review-Journal: “After MLB’s latest hypocritical ruling, Pete Rose doesn’t get it.”

Pete is a shady, classless, swarmy, dirty, clueless, unpenatent-hit king.  The debate may never be over, because however you may moralize the crimes of Clueless Pete – you will see on your tour of the museum of baseball, that he is only one of many deplorable characters that played the game.  For Pete, just shut up, tell your lawyers to shut up, stop making money on autographs and other mementos in Cooperstown, and be the ambassador you think you actually are, and never show – be more than about Pete Rose – if you can.  Kneel before the Gods of Baseball and beg forgiveness and walk the valley as the shepherd – then maybe….until then you might just have to be satisfied as the second best baseball player in hell, because Ty Cobb leads that team.

As Danny Kanell avenges the war on football, Bob Costas believes football’s biggest problem can not be fixed.  Is Football headed to a Running Man scenario where football players are fielded by inmates and the shouts from the Colosseum grow louder for the lions?  Everything, now restrains itself and anxiously hopes for just two things: bread and circuses.  Who will deny the public what it wants?! 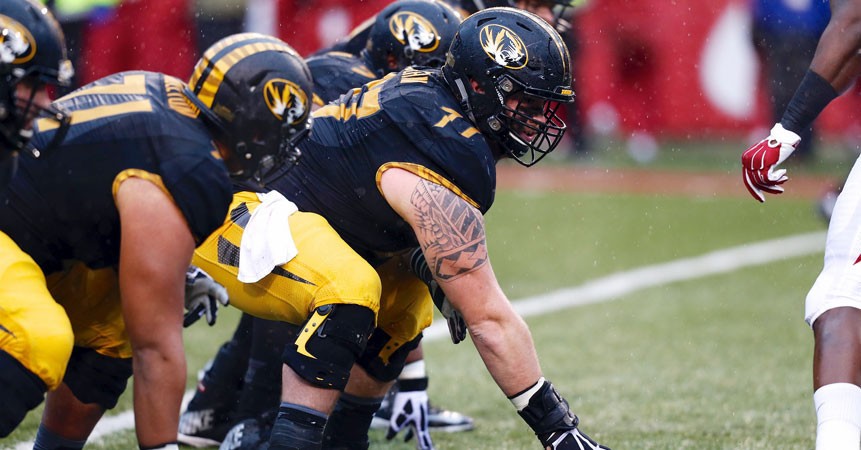 It’s usually adorable when politicians try to venture into college sports. Combine grandstanding with a distinct lack of understanding of the system upon which an elected official is attempting to impose rules, and you have a recipe for comedy. Today’s example comes from Missouri state representative Rick Brattin, who has introduced a bill that would revoke the scholarships of athletes who refuse to play for any reason other than injury.

This is obviously a response to the Missouri football team’s threat in November to sit out a game against BYU. That move by the players turned a local story into a national one and basically got Missouri’s system president and chancellor fired. And while there is a robust argument to be had about whether that was the appropriate result, this isn’t the site for that. Today, as the Internet commenters always command, we’ll stick to sports.

NEW YORK—As Derrick Henry walked out of the Heisman Trophy winners’ press conference Saturday night, the next item on his to-do list was to text his grandmother Gladys. The woman who gave Henry his nickname (Shocka) couldn’t make it to the Big Apple to celebrate with the Alabama junior tailback. She was in a Florida hospital, but that hospital hosted one heck of a party.

Meanwhile, Stanford do-everything back Christian McCaffrey and Clemson quarterback Deshaun Watson left the ceremony already planning a return visit. They’re sophomores, and it’s quite possible they’ll be back here next year. It’s also quite possible one of them will hoist the trophy. But don’t just picture those two with the Heisman. Take a look at the top eight vote-getters from this season.

Besides McCaffrey and Watson, Mayfield, Fournette and Cook will return next year. So will Oregon tailback Royce Freeman, who led the Pac-12 in rushing (1,706 yards). So will Ohio State quarterback J.T. Barrett, who looked like a Heisman candidate as a redshirt freshman and should own the Buckeyes’ starting job free and clear as a redshirt junior. So will UCLA quarterback Josh Rosen, who looked like a budding superstar in his first few college games and should enjoy the fruits of a year-one-to-year-two improvement.

Out of Chaos Comes Order

Every season, hundreds of college football teams line up for a three-month, 12-game haul in the hopes of gaining a spot in the College Football Playoff.

This year, it was an easy selection. Clemson, Alabama, Michigan State, and Oklahoma were the right picks. It was a relatively easy night for Jeff Long and his committee.

However, looking back at the regular season, six critical plays were needed to make this year’s selection such a simple one. Had these plays not happened, controversy would’ve reigned supreme over the college football world.

Here are the six plays that defined the 2015 college football season.

You Play to #Win the Game

”We didn’t focus on (Kane’s streak), we focused on winning the hockey game,” Colorado coach Patrick Roy said. ”I thought we did a good job offensively, defensively. in the neutral zone.

”I liked our game tonight, and our goalie was really solid in key moments in the game.”