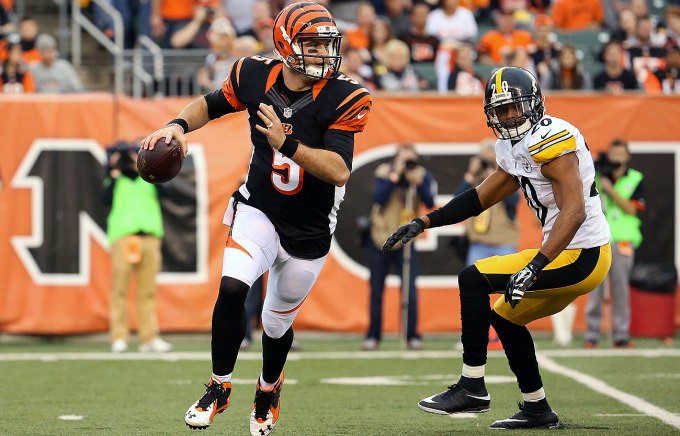 Remember those thrilling days of last week, when you knew everything about the NFL in 2015?

A pall over Paul Brown Stadium

On the Cincinnati Bengals bench Sunday afternoon, offensive coordinator Hue Jackson and quarterback Andy Dalton sat down after their first possession of the day had ended in quasi-disaster—an interception by Steelers defensive end Stephon Tuitt at the Pittsburgh seven-yard line. Dalton submarine-tackled him and went to the bench to plot the next series.

“We were a little pissed off,” Jackson said Sunday night. “We sat down, and we both said, basically, The guy made a hell of a play.”

Then Dalton started trying to flex his fingers. “I think I hurt my thumb,” he said.

On the tackle, he explained. The more Dalton tried to bend it, the more……(continue reading)