In our top favorite matchup between the Pats and the Eagles, we have an interesting game with all of the injuries to the Patriots players while at the same the Eagles have given up 45 points in each of their past two games. This is tough, on one hand we have Tom Brady, who has been almost perfect this season but who is he going to throw the ball to in this game combined with a terrible defense that has given up on their coach. In the fantasy world the matchup is there for the taking but the players aren’t ones you would typically consider. So for this game if you aren’t going with Brady then you need to consider Amendola assuming he comes back and then Chandler at the TE position for this week. Next we have the Bengals and Browns and in the first contest it was Tyler Eifert day. In this contest, we show Bernard as having the top matchup for this contest with Jeremy Hill injured and likely to sit out in this one. The other options in this game would be the Cincinnati defense as the Browns are the worst offensive team in the league right now, with a 3rd string backup being named the starter. Last we have the Panthers and Saints. This one is pretty straight forward, the Saints give up the most fantasy points per game to the QB, RB and TE position in the league right now. This means having a stack of Newton, Stewart and Olsen should be considered this week.

The highest projected matchup for this week according to Vegas is Carolina and the Saints at 50 points. While last week the Saints matchup was projected to be the highest scoring the combined output was not even close. That certainly wasn’t due to the Saints defense but rather their offense as they only put up 6 points on the suddenly tough Texans defense. We just said Cam Newton, Stewart and Olsen should be considered for a stack and this certainly a logically matchup option for you. On DraftKings this is far more doable than on FanDuel but it can be done for both. I will reveal a full lineup with this stack on Sunday morning so be sure to check back at 11 a.m. EST!

What does this mean for your daily fantasy selections, simply put, take Brandon Marshall against the terrible secondary of the Giants. Marshall was in the optimal lineup last week and only three players have been able to sustain that level of performance this season (Freeman, Martin, Hopkins) but this is a great matchup with a player who will get 11+ targets in the game. The Bears are playing against the 49ers who are really a nobody in daily fantasy. The only guy you might consider here would be Shaun Draughn but we aren’t confident that Hyde isn’t going to play in this game just yet so keep an eye out there. Last we have the Colts and that means the Big Ben and Antonio Brown combo breaker is back in action this Sunday.

Check back on Sunday morning as I will reveal our expert picks for this weekends games!

Well it’s Thursday and we have some contests starting tonight so, The DiRT Canon, wanted to give you a kick start to the weekend and we will reveal a lineup with some players in tonight’s contest to consider. It should be noted that there aren’t any players playing tonight that are considered to be in our optimal lineup for week 13 but could still be an option for you. Don’t forget to start your FREE TRIAL today just click here and use promo code WIN for a special discount.

The last time the Lions won at Lambeau, the year was 1991 – The First Gulf War was over before the baseball season started, I’ve been to parties that lasted longer – Bill Clinton said he wanted to be President – Twins win the World Series – Magic has HIV – There was a shooting at Iowa University that 5 people lost their life – The Cold War officially ended when the Soviet Union dissolved after Gorbachev’s resignation – basically a lot of things.  The last time the Lions swept the Packers, was also in ’91.  So you begin to wonder about parrelels and destiny for a team that looked to go 0’fer in 2015 and are looking at an outside shot at the playoffs – if……..too many things fall their way.

Finally, the Football Gods have given us a reason to watch the #NFL on #TNF that doesn’t require a lineup.  Not that we won’t have one with guys playing tonight – but you do not need a lineup to enjoy this one.

Look, it’s hard enough to believe the Lions can sweep the Packers, but there is something about this new offense from Jim-Bob Cooter, or the emergence of Ziggy Ansah, or something seems weird about Aaron Rodgers lately, that the Lions DO have a chance at home tonight – either way here is DC*3PO’s top 5 for tonight, and make mine nostalgia for a Detroit victory +3:

Guys to watch on #DraftKings for Tonight’s game, according to DC*3PO

That is Keenan Reynolds.  The best Navy quarterback since some dodger named Roger won the Heisman, back in ’63.  Why should you care? Well for 1) he is the all time rushing-TD leader in the history of college football and 2) He WAS the leading vote-getter in the ESPN/Nissan Fan Poll – but ESPN removed him from the ballot.  Why?  Because, ESPN doesn’t show the Army/Navy game – CBS does – and the WorldWide Leader does not want to promote someone they do not feature…see last Heisman rant re: Baker Mayfield.  ESPN has tried to explain it to Deadspin – but let’s face it, it’s sh*tty politics and smells as bad.  Maybe if he wore a dress he could get some recognition from ESPN – until then you can at least go here: and vote for Keenan to at least be on the FAN poll – just search for “American” under conference, “Navy” under team and then Reynolds.

That is Ben Simmons and hopefully he never has to play for the 76ers and will just trade in his amateur Purple+Gold for professional Purple+Gold.  He leads the nation in rebounds per game and just had a 43 pt game – without making a 3.  That’s Pistol-Pete territory, who never averaged below 43pts/game in all 3 years he played for the Tigers (no 3pt arc nor shot clock – Insanity).

Oh, and Steph Curry had 28pts last night……in the third quarter.  Even Kobe scored 31 on 10-24 shooting…….just sharing the rock of love. 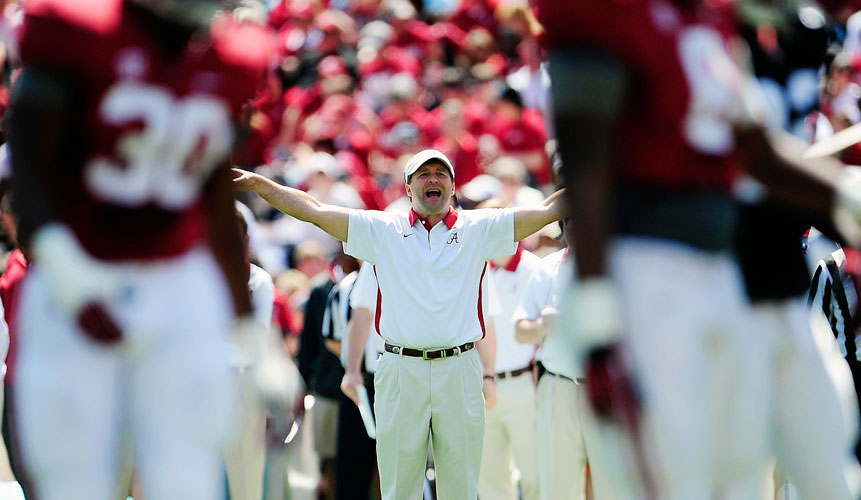 Both men prove you can go home again – Kirby back to Georgia and Richt back to the U.  Can Kirby bring with him the PROCESS and make Georgia more relevant than they have been?  It’s a tall order because, like Les Miles, championships will be what matters at UGA – If in 5yrs there is still no SEC title, then what?  The real issue will be who Kirby takes with him from Alabama and to me it will be enough for Saban to leave ‘Bama and get back into the NFL – Colts?

For Richt, it’s more about culture building at the U.  He was Jim Kelly’s backup when the U was beginning to create its legacy.  For awhile now, Miami has been irrelevant and has no foundation.  Richt is a great coach and the media and people who know him say he’s an even better guy.  If he does for Miami, what he did for Athens and can re-fashion that secret sauce, Miami will become important again.

The Unionization of Baseball

Marvin Miller advised Curt Flood not to sue. It would end his career, he told him. Even if he won, the court would never award damages. Flood had nothing to gain by taking baseball to court.

Flood was one of a long line of players who worked to bring down the reserve clause. He eventually would lose his case before the Supreme Court, but his actions helped spur changes that would topple the clause within a few years. On April 10, 1976, Andy Messersmith signed as a free agent with Atlanta, and the reserve clause that had bound players indefinitely to their owners for nearly a century finally was defeated……(continue reading)

Source: The Unionization of Baseball – The Hardball Times