Football has been very good to me, and even recently.  Some people might tell you I am sportin’ a nice winning streak, however, for powerful reasons of karma I will deny it. One of the things I have learned in my career as a degenerate, is that clucking when you get lucky and #win a few will cradle you into a vortex of doom, gloom and unacceptable beatings –  very soon.  It happens every time.

You just don’t want that kind of voodoo while you’re winning.  It has happened before.  The last time I shot my mouth off, I got stabbed from behind by my own Saints.  Baffled and humiliated in public kinda-stuff, no less.  People called me a wet-head and tried to then crowd me into sucker-bets.  I felt so damaged that I started betting on Denver.

So, if you watched last night’s game, and lord only knows you did because you had Josh McCown, Barnidge and maybe Buck Allen – you saw enough by halftime.  If you you are the suffering type then you stayed thru it all like a trooper and saw a block-6 from Baltimore to #win the game.  Crazy how things happen when you change the channel because you’d rather watch hoops.  Besides who wouldn’t rather watch Golden St instead of Matt Schaub against Cleveland – Cripes! If you need a #MNF recap of that awful game, read more about it here…

Another close game for Baltimore

+ Smith goes deep for a change in Chiefs’ victory

+ No TDs for Saints

Kobe announces his retirement and no one can find a way to get this game on TV?  It’s Kobe’s return to his hometown of Philly!  Is it because Kobe threatens to go 0’fer 37?  Maybe Jahlil will break another law on his way to the game?  Sure the 76ers have 0 wins.  But just because this game isn’t on ESPN, NBA TV, or TNT doesn’t mean it doesn’t exist – or does it?  If Kobe scores 30pts then someone did some video-splicing for those highlights.

On December 17, 2000, during a 17-0 victory by the San Francisco 49ers over the Chicago Bears, San Francisco’s wide receiver Terrell Owens sets a new league record: 20 catches in a single game.

Drafted by the 49ers in the third round of the 1996 NFL draft, Owens was thrilled to join his hero, Jerry Rice. During his college career at the University of Tennessee in Chattanooga, he had worn Rice’s number (80). Early in the 1997 season, when Rice tore his ACL, Owens stepped up and became a star performer for the 49ers, grabbing 60 receptions for 936 yards and eight touchdowns over the season. After 16 straight winning seasons, the 49ers faltered in 1999 and stumbled to a 4-12 record. At the end of the season, the star quarterback Steve Young retired.

Near Kitty Hawk, North Carolina, Orville and Wilbur Wright make the first successful flight in history of a self-propelled, heavier-than-air aircraft. Orville piloted the gasoline-powered, propeller-driven biplane, which stayed aloft for 12 seconds and covered 120 feet on its inaugural flight.

All we want to do is provide you valuable information at a great price.  We’ve already helped hundreds of people learn how to make some extra lettuce playing fantasy sports; so let us Teach You How to #win!

Giving you the Perfect Lineup is easy and we tweet it, post it on Facebook and create an entire post about our RESULTS, so……What about if you had the greatest value lineup of all time?  A Lineup that every player chosen had low ownership, way less, and never cost you more than $6k – well my friends this is the Ultimate Value Lineup – culled directly from the numbers and our reports – look for us on twitter when we post the less than 12% lineup and follow along with the value-madness!!! 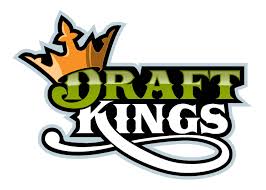 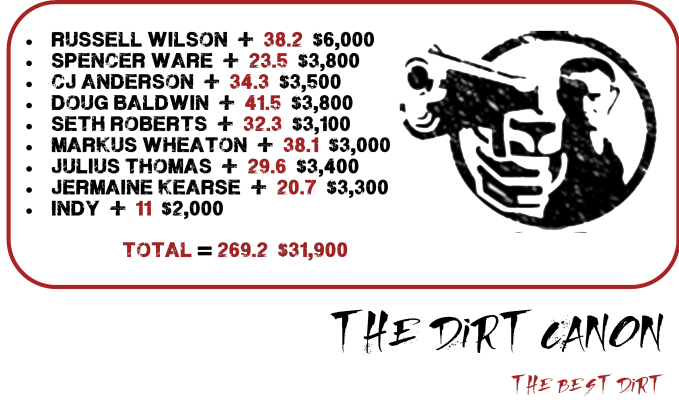