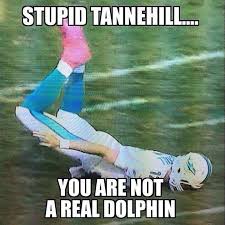 This week is the first one since the Patriots bye week that they don’t lead the Heavy Favorites category for this weekend’s contests. Instead we have the Packers over the Lions but 13 points. I’m on the Packers this week as they get to head home and get the 1-7 Lions. Look for Rodgers to have a confidence building game and he will throw for 4 TD’s in this game. I have the Packers rolling in this one 44 – 16. Next we have the Bengals on Monday Night over the Texans by 12 points. I recall a few playoff games where the Texans have owned Andy Dalton and JJ Watt has scored two TD’s on the defensive side of the ball against he Bengals. That said, this year is quite a bit different so I’m on the Bengals and I will give the points as I think this is another blowout win for the Bengals, 34 – 13. Last we have the Patriots by 8.5 points over the Giants. This is a game that most people will be on the Patriots as the Giants just haven’t looked great this season. Instead they have been a set of rolling hills and if you were to measure their wave calculation, you wouldn’t even know the direction of the current this season. I like the Patriots to win but I would take the Giants and the points as I think Gostkowski hits a couple of late field goals and the Patriots survive a close one 33 – 30.

Top Players To Consider based on these matchups:

No surprise here as the Patriots and Giants have the top over/under this weekend at 55 points. I don’t think this is high enough as I have already predicted 63 points in this contest. Consider this, the Giants have given up 10 TD’s to the TE position this season with an 86.9 average yards against. Gronkowski didn’t score last week which means that he will score in this contest if you look at his historical performance. In fact he has scored 2 TD’s after coming off a no TD contest 56.8% of the time. Gronkowski is expensive but he is going to be a 30+ fantasy point scorer this week on DraftKings and at least 24 on FanDuel. The Giants have no one that can stop him but they are going to score as well. This means you should take Odell Beckham Jr. The DiRT Canon projection for him this week is 18.1 and that might even be a bit low considering he has been averaging 26.8 over his last 3 games.

#NailedIt again last week as my last minute start was Big Ben and Antonio Brown combo breaker and had Big Ben finished the contest, I have no doubt he would have been #1 for the week. Brown took that down with ease. So what do we have for this week based on our matchups to exploit. I give you Mark Ingram as my #4 RB for the week that will be taken by less than 5% of the field. I also like Drew Brees again but if you want a QB/TE combo then you have to go with Tom Brady and Rob Gronkowski or if you want to go cheap and go highend every where else then Kirk Cousins and Jordan Reed should lead that charge for you. Last week the Saints gave up 68 fantasy points to the Mariota/Walker combo and this week doesn’t look much different from that perspective. This will be a high scoring contest, exploit that matchup. As for DC*3PO’s top RB to take this week, he has Todd Gurley, rolling the Bears at home where he has averaged over 140 rushing yards. I personally like DeAngelo Williams if he can go this week as he gets the Cleveland rushing defense or James Starks as a very likely sleeper. Check back on Sunday morning as I will reveal our expert picks for this weekends games!

I wouldn’t recommend any stacks that include the Jets and Bills players for tonight’s contest so the only reason to get in tonight for the NFL would be to join the $5 Millionaire contest on DraftKings because that payout is very high considering the entry fee.