Andre Drummond scored 25 points and grabbed 29 rebounds in the Pistons loss to the Pacers. Drummond scored 20 points and hauled in 20 rebounds in his previous game against the Bulls. Andre is the fourth player in Pistons franchise history to record back-to-back 20/20 games. The other to do it are Bailey Howell (twice), Walt Bellamy (1969) and Bob Lanier (six times).

Hornets score 30+ in each quarter

It was the first time since December 27, 2008 against the Hawks that the Bulls allowed at least 30 points in each of the four quarters of a game. 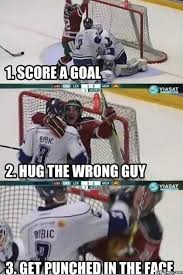 Tyler Seguin, who played the first 203 games of his NHL career with the Bruins, scored three goals in the Stars’ win over Boston. Seguin is the sixth ex-Bruin to record a hat trick against the Bruins in the expansion era, the first since Mariusz Czerkawski in 1996. The others to do it over that span are Eddie Shack (1971), Reggie Leach (1974), Phil Esposito (1979) and Geoff Courtnall (1989).

Seguin’s first goal was the 300th point of his NHL career. Seguin is the first player from the 2010 NHL draft to score 300 points; only two others from that draft have even recorded 200 points: Taylor Hall (279) and Jeff Skinner (219).

The Rangers have won their last five home games by at least a two-goal margin after their 5-2 victory over the Capitals at Madison Square Garden. That’s the Blueshirts’ longest such streak within one season since October of 1990 when they won their first eight home games by a margin of at least two goals.

Oscar is no grouch

Oscar Lindberg opened the scoring for the Rangers in their win over the Capitals, his sixth goal of the season in12 games. Lindberg is the first Rangers rookie to score at least six goals in the team’s first twelve games of a season since Darren Turcotte in 1989-90. Turcotte scored nine goals in the first dozen Rangers games of that season.

Rookie Dylan Larkin’s third period goal gave the Red Wings a 2-1 win over the Lightning. Larkin, who has played 12 games for the Red Wings, was also credited the game-winner in Detroit’s win over the Senators on Saturday night. Larkin is the first Red Wings rookie to record two game-winning goals in his first 12 career NHL games since Paul Woods in 1977.

Turris is off to a good start

Kyle Turris’s overtime goal gave the Senators a 2-1 win over the Canadiens on Tuesday night. Turris has scored eight goals in 12 games this season. That is, by far, the most goals Turris has ever scored in his first 12 games of a season, his previous high being four in 2010-11 and 2012-13.

Jarome Iginla scored two goals in Colorado’s 6-3 win over the Flames, his former team. It was the 106th career multi-goal game in Iginla’s career, second-most among active players, behind Jaromir Jagr (124). Ninety-four of Iginla’s multiple-goal games came while he was playing for the Flames; this was his first against the Flames.