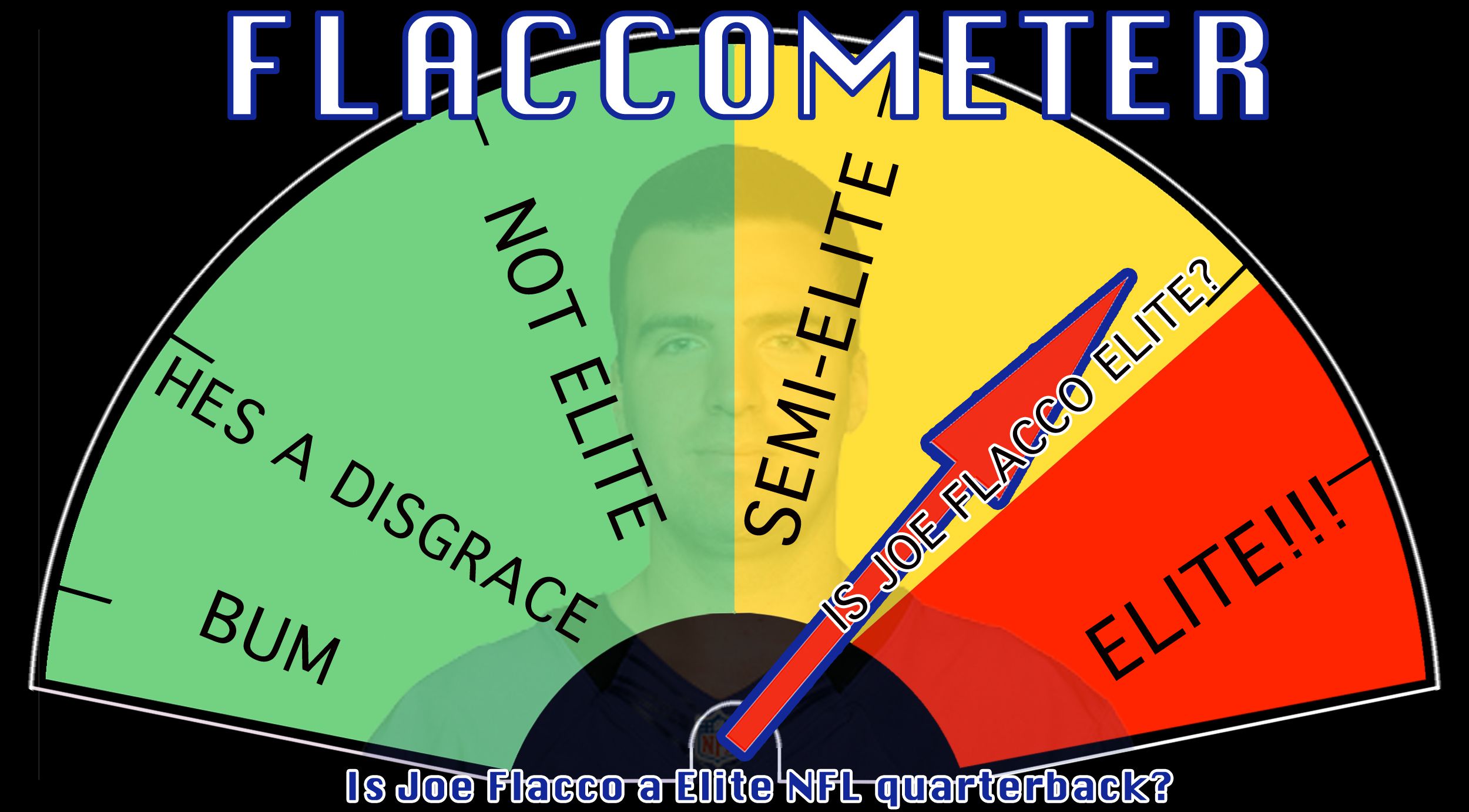 So Baltimore had a chance to tie the game until Count Flacc-ula threw an INT in the RedZone – just like in Denver.  Now the Ravens are 1-6 and all those losses have been by 8pts or less.  A few plays this way, other than that way and the Ravens could be 4-3 – but that’s football, and your record says who you say you are.  If Baltimore wants to defend Flacco for throwing that pick by saying they had no communication – then it is a sad statement that a Superbowl winning QB is incapable of making the right decisions on his own.  It’s ludicrous really and proves Flacco is who we thought he was.

2. Champion of the World

The World Series starts tonight and I find the NBA’s lack of patriotism disturbing.  Couldn’t the NBA wait until Wednesday to tip-off?  I mean does anyone really pay attention to the NBA until Christmas?  Me?  I’d rather watch Game 1.  Neither the Mets, nor the Royals have won since Reagan was President and there can only be one long-suffering fanbase that can party like it’s 1985, or ‘6

Three questions for the Royals-(h/t Will Leitch)

Cueto? Cueto? Cueto? Johnny Cueto may be the key to the whole series for the Royals. If he pitches like he did in Game 5 against Houston, the Royals have the ace they so desperately need against a rotation like the Mets’. But if he pitches like he did in Game 3 against Toronto — in which he looked like a baseball diamond was the last place in the world he wanted to be — the whole thing might implode. If Cueto is terrible again in Game 2, the Royals probably won’t feel comfortable sending him back out again (they’re already avoiding him at Citi Field, a wise move) for a potential Game 6, which means they’re scraping the Kris Medlan bottom of the barrel at that point. The Royals either have a top-tier starter or a total disaster; they have no idea which. The answer might decide the series.

Can they catch up to the fastballs? Grantland’s Ben Lindbergh noted that the Royals hit fastballs as

well as any team in Major League Baseball. They might not prefer to face 98-mph flamethrowers every game, but if somebody has to, they’re probably the team to do it. As Lindbergh put it, “New York’s pitching strength plays right into the hands of Kansas City’s flame-retardant lineup.” Now, the Mets will happily take their chances with Harvey, Syndergaard and deGrom. But this perhaps the one team in all of baseball who will give them the most trouble.

Will we see any Ryan Madson? The Royals rode their three-headed monster bullpen of Kelvin Herrera, Wade Davis and Greg Holland last year all the way to Game Seven of the World Series. But this year, one of the heads has been lopped off: Holland had Tommy John surgery last month. He has
been replaced by Madson who was effective most of this year but has turned to dust this postseason: He has given up four homers in six games, which is a problem considering he only gave up five in 68 games during the regular season. If Ned Yost can’t trust him, he’ll have to stretch both Herrera and Davis and maybe get a little more creative than necessarily is in his comfort zone. The Royals’ biggest strength is still that bullpen … but it’s not as big a strength as it was last year.

Three questions for the Mets-(h/t Will Leitch)

Is there enough offense if Daniel Murphy cools down? Look, if Murphy continues to hit like Barry Bonds, the Mets are sweeping this series. But eventually — perhaps after this extended period of time off — he will remember that he is Daniel Murphy. Will the Mets hit well enough if he becomes a normal hitter again? Curtis Granderson, Lucas Duda (before Game 4), Travis d’Arnaud and Michael Conforto have all had their struggles at the plate this postseason, and Yoenis Cespedes, the fulcrum around which the whole offense pivots, isn’t completely healthy. The Mets’ offense has been a headache all season, something disguised by their late-season run, but still an issue. Murphy has made the offense look better than it is.

Can they get the game to Jeurys Familia? The Mets closer has ramped up his game in the playoffs: He has given up only two hits (and no runs) in 9 2/3 innings this postseason. But the setup guys have been a little shakier. Addison Reed, Tyler Clippard, Erik Goeddel, Jon Niese and Hansel Robles don’t put the fear of God into anyone, and Terry Collins has begun calling on Bartolo Colon in key situations. Colon is a delight and has been effective so far in the postseason … but you’re still playing with fire if you count on him for key outs. The Mets’ plan is basically to have their starters get to Familia, and that’s not a terrible plan. But if they need innings in the middle, it could get scary.

Who’s the DH? Of all the National League teams that made the playoffs, the Mets are least well-positioned for the extra batter in the lineup, which they’ll have for potentially four games this series. Kelly Johnson will get the nod in Game 1. But he won’t exactly have the Royals reaching for the Maalox, nor will Kirk Nieuwenhuis or Michael Cuddyer, should Collins decide to switch things up in Game 2. This is a general problem with the Mets’ bench, actually; other than Juan Lagares as a defensive replacement, there isn’t much there. This also makes you even more worried about Cespedes’ health.