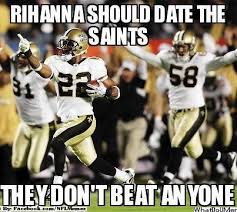 Last week was another solid week of picks.  Nailed the heaviest favorites section and as you can see, we have two of the same teams on this list again, New England and Green Bay. 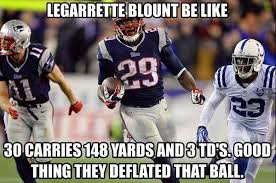 When the Packers are at home, it’s not the offense this year that has been incredible, it’s the defense. They are getting to the QB on a consistent basis and now get the Chargers coming into town on a short week.  I like the Chargers in this one when given the points but Green Bay should secure victory in this one.  I see this one having more scoring and the Packers pull it out late 33 – 29.  As for the Patriots, what can I say, this should be a blowout for the Patriots again this week. The Colts haven’t played well all season, a very Luck–eh performance against the Titans and then two more division wins by a 40 year old, one of which was on his death bed. The Colts haven’t shown they can stop the run offense by New England since Luck came into the league and this just smells like another Blount kind of day.  Our last game for this segment is the reeling Seahawks against the Panthers. Carolina comes into this game off a bye week and each of the last 3 games that these two have played, Seattle has won it at the end of the game in a low scoring affair.  The Seahawks expect Lynch to play this week and they are at home, so you combine that with their desperate need for a victory to stay relevant this year, I’m taking Seattle to win but Carolina with the spread.  The guys to look out for in these games are as follows:

This week we have the Patriots as top over/under game of the week yet again.  New England and Indianapolis square off yet again on a Sunday night and this time they are playing for something different.

Tom Brady wants revenge for the whistle blow last post season that almost had him sitting out until this game. The over is at 55 for this game and considering that the Patriots have averaged a 29 point victory against the Colts with Andrew Luck as the starter, this is a pretty safe take.  My bold prediction for this week, which I admit, isn’t all that bold, is New England gets 6 TD’s and two field goals to put up 48 points.  The Colts get some late scores and end up with 24.  Blount gets 2 TD’s, Brady throws for 4 TD’s, 2 to Gronk, 1 to Lewis and 1 to Edelman.  Patriots roll and the Colts, well they still need to figure out how to play defense in this league in order to be considered a championship contender.

In this segment, I am going to breakdown the pass defense, rush defense and overall defense to exploit for the week. If a team shows up in this area, it is because our system shows them as giving up the most yardage totals for the upcoming week.

Let’s make this simple to the stats as they come directly from our Odds page, so come and take a peak here.

I agree that Dolphins D is going to get torched again but by whom you ask? My #1 Sleeper is Antonio Andrews this weekend and I like him on both FanDuel and Draftkings.  Most people don’t know this but Andrews is averaging 13.8 points per game on Draftkings and he gets all the goal line work. I’m not saying that he is going to rush for 200 yards and 4 TD’s like Jonas Gray did last year but

I could see 80 yards and 2 TD’s, which would get you over 20 fantasy points and you would only spend $3,400.  The 49ers are back at home against the Ravens, who are simply struggling.  Neither team is much to watch and with Smith still expected to be out, it would be a tough play to start Joe Flacco in DFS and the only receiver that might be worth while would be Kamar Aiken. I’m not taking either one as our DC*3PO has the 49ers D ranked #2 in fantasy points scored this week.  Stay away from this game is all I can say! The last game on this list is Minnesota. Obviously, the stats are going to be inflated versus expectation because of the injury to Charles. I don’t expect a ton of production in this game on either side and I certainly wouldn’t take West or Davis in DFS this week, you have to wait and see who gets the workload, I suspect pretty even production. The QB to consider for this weekend is Andy Dalton, he is even cheaper than he has been as the Bengals head up to Buffalo.  What most people don’t realize is that the Bills pass defense is giving up 7th most fantasy points to the QB position so far this season and #5 in points given up to TE’s. Taking the Dalton/Eifert connection is another safe play this week, with fairly cheap salaries.  Check back on Sunday morning as I will reveal our expert picks for this weekends games!

We want to hear from you, take our poll below and if you want different information or just want to speak to one of our experts about certain players or lineup considerations, just contact us here or dm us on Twitter, Facebook or Instagram.

Chaos and self-destruction, is what is commonly viewed from the perches of the Coliseum.  A half-inning of baseball, the bottom of the 7th, took 53 minutes and went from riotous to invictus, with tension and emotion swung wildly like the swing that won the game.

SCENE: Rougned Odor is on 3rd and Shin-Soo Choo is at the plate – in the batters box – when Russell Martin attempts to throw the ball back to the pitcher, but instead hits Choo’s bat.  The umpire waves dead ball, the Blue Jays stop play and Odor scores.  The Umpires deliberated and concluded the run scored because:  Rule 6.01 (d) (3.15)

It was the right call, and after it was confirmed the fans went nuts.  One to many Mooseheads and Canadians can become some real Ugly Americans – who knew.  The Blue Jays said they’d play under protest and the Rangers forgot how to make 3 routine plays that would have ended the inning and instead let @joeybats19 park one into the same section Joe Carter did in ’93.  This is what #KarmicResponsibility is all about folks, and it’s all on the Texas Governor…(see #2)

You see it is the Governor who is at fault for no teams from Texas advancing to the ALCS.  That pompous tweet was sent before the Royals scored six runs to win Game 4, leading to game 5 and also before the Rangers got their butts kicked at home, to then play a game 5 on the road in Toronto, (see #1).  The Royals beat the Astros last night and now will play the Blue Jays in the #ALCS; while the Rangers will have to sacrifice a live rooster to remove that jinx.  No Astros.  No Rangers.  Recall!

In this Era of the New Dumb, idiots can never be under-estimated.  Like cockroaches, they are hard to kill and will be around long after we’ve left this ethereal 3rd Stone from the Sun.  What we do know for certain is no matter how tonight’s Dodgers/Mets game turns out – the World Series will definitely be Blue.

Tonight, it’s the Southern Showdown.  The NFL’s most bitter, hated, rivalry with nothing on the line but pride and prejudice.  The first two franchises in the traditional “Deep South” have shared players; Morten Anderson (leading scorer in both franchises), Bobby Hebert (QB for both teams in the ’90’s), Joe Horn, Curtis Lofton, etc…and we have also shared sons of coaches, like Jim L Mora and Wade Phillips – sons of Jim and Bum – soon we will share Stadium Names – and we both have been to Superbowls, but only one of us lost to the Broncos…sinner.

For more than 40yrs, fans of either team have considered the other their most hated opponent.  Even ESPN’s Len Pasquarelli said this rivalry is one of the best in sports:

Every year, bus caravans loaded with rowdy (and usually very inebriated) fans make the seven-hour trip between the two cities. Unless you’ve attended a Falcons-Saints debauchery-filled afternoon, you’ll just have to take my word for how much fun it really can be

Records do not matter.  For the Falcons, they will want to beat down the Saints and crush all the hope that is left in an already dismal season.  God’s Army will want to stop a 2-game losing streak to c’Antlanta and give the Dirty-Birds their 1st taste of humble pie for 2015.  The Falcons overall, lead the series all-time 49-43, but since Drew and Sean got together the Saints are 13-5 against the Dirty-Birds, and tonight its gonna be a Duck-Hunt!