Tannehill has a career record of 23-25 with 70 turnovers in 3 years, and this should make Russell Wilson and Andrew Luck very happy!  In a league that seems to find new ways to overpay for generic brands, just imagine the monopoly numbers that will be coming for Luck.  The Seahawks just called the Dolphins to say ‘thanks for that’!  Luck and Wilson are looking at $120-$150m contracts with 2/3 guaranteed.  Nobody is saying that Tannehill is Blaine Gabbert – he just hasn’t done enough to justify the same level of contract as Luck, Brees, Manning, Rodgers, Wilson, etc…He’s more Blake Bortles and Derek Carr, without the potential – like Uncle Rico (Kyle Orton).

Tonight we have a large compliment of games.  Furthermore, it is also interesting to some of us seamheads, how well the game is doing on TV.  In the 1st month of the season, Fox Sports 1 and MLB Network have seen their viewership double as have a handful of teams so far:  The Cubs, Royals, Astros (since the worked out their cable deal, finally), Arizona (largest in a decade), Cleveland, Detroit, St.Louis and San Diego.  In fact, baseball games have eclipsed NBA and NHL Playoff games, including first run shows on network TV.  Baseball is making money, largely due to the cable companies, and with people increasingly choosing to disconnect, it will be interesting to see how far that model actually works.  Unplugging your cable package currently means you’ll miss your local team due to blackout restrictions by said cable companies – but, the biggest change to the entire model could occur when the Chicago Cubs’ deal expires in 2019.  The Diamondbacks just secured a deal worth more than $1 Billion dollars and much like Tannehill – the Cubs are excited.  How do the Cubs change the game?  Simple, if they work out a way to limit the cable company and their grip on the market and instead choose a format that allows us, the consumer, to unplug and stream the games at a certain price point – it will change TV forever.  Allowing the consumer to finally pay for what they want and not for all the other stuff they don’t, like the Lifetime channel.

However while we watch tonight, along with our Draftkings lineup – keep some guys in mind, that are having the kind of year that might get them recognized for their first all-star game, guys like: 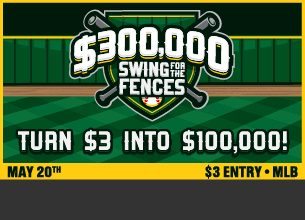 Tonight, play Swing for the Fences with us! It’s only $3 to play, $300,000 is up for grabs (1st place will win $100,000), and the top 25,930 finishers will win a cash prize!!  We all can guess at guys like Bryce Harper, Michael Brantley, Mike Trout, etc…So here are some of those value guys you might need to plug in to afford all that talent – keep a lookout to see if some of these guys actually start:

So good luck tonight – I will be rolling with Liriano and Gray as my pitchers in most of my lineups – yours may vary.