The Toronto Raptors lost more than a basketball game last night.  They lost their soul and their future, along with any chance in the Eastern Conference playoffs and much of their already wavering self-esteem.  Anybody who can’t beat the Washington Wizards in a money game at the end of the season is a silly bet to go anywhere in the brutal NBA playoffs.  They are either playing possum or coming apart at the seams, like the Mavericks.  Take your pick.

I may have missed the memo somewhere, but anyone see this kid LeBron play?  He seems pretty good.  Last night he had 30 points, 9 rebounds, 7 assists, 2 blocks, helped some old lady cross the street during halftime, wrote a rough outline for a framework of a possible nuclear deal with Iran after the game, and finds himself up 2-0 on the Celtics.  The Celtics could probably beat 5 other teams in the East – but that’s none of my business.  It’s funny how the season plays out – in the beginning, people were freaking out about how terrible Cleveland was – they lost to the Knicks on Opening Night – the Knicks.  It wasn’t until they made some deals, some with the devil and some with other teams, only to find themselves in the position they find themselves in now – Best in the East.  Sure Atlanta might have something to say about that down the road, but Atlanta plays similar to Toronto when it comes to money-games – think if Peyton Manning played point guard for your local five – way more heartbreak than rings.

I’d say the time has come for James Harden to finally get a chance to shine for more than one series and possibly run the table.  I say that with the same certainty that I feel when I tell you that the Rockies will avoid being swept at home by the Padres, and that Tulo will be in purple the life of his contract.  Take my word for it.  I know things.

With the Stanley Cup Playoffs, NBA Playoffs and Tuesday-night StrikeZone action being watched yesterday, was their some NFL news?  I ask because, twitter was abuzz with NFL players talking smack about some kind of schedule – I assume it wasn’t the new drug schedule – see for yourself – beware, there are some grammatical errors:

Our schedule though just watch we gone do work

Dear @NFL, Research has shown that it’s best to have us travel to Buffalo during the warmer months.. It’s Science Thanks with love, Pat

In 11 yrs I’ve never played a favorable schedule.It’s the NFL.Every week is tough. Winning teams are near sighted. 1 game at a time. #saints

Mood after the schedule came out pic.twitter.com/diGB9eKOxv

When the NFL schedule is released players look first to where the bye week falls. It’s a long season and you hope it’s somewhere in middle.

when the schedule comes out, all we wanna know is who we play 1st? When is the bye week? & where we play in December? LOL! #2015NFLSchedule

Repost… excited for the upcoming year with the schedule released earlier  #WhoDey#LetsRoarhttps://t.co/RKEEZbR8bJ 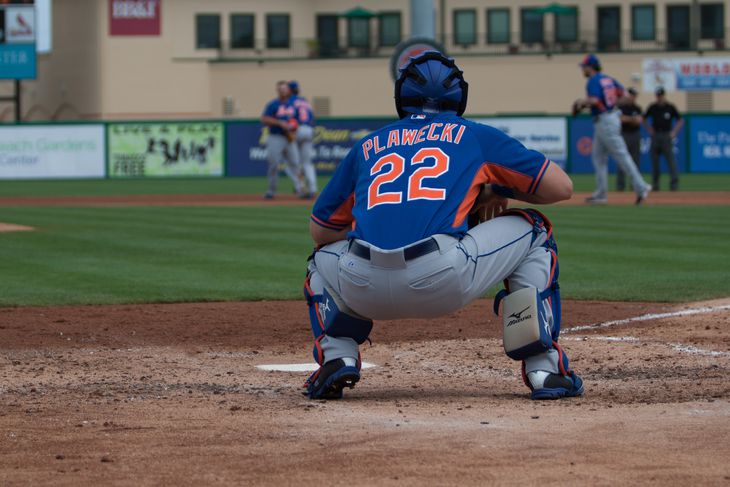 That is first round pick from Purdue Kevin Plawecki, who made his MLB debut, with two hits last night.  Word is Travis D’Arnaud is feeling a lot better and is ahead of schedule.  But what about these Mets?  They are now 11-3 and have won 9 straight, with David Wright having normal body tweaks.  Niese pitched 7 shutout innings last night against the Braves and he is only the 4th starter.  Think about it.  The Amazin’s, have Jacob DeGrom, Matt Harvey and Bartolo Colon, who are 8-1 with WHIP’s of 1.14, 1.00 and .80.  Offensive health might still be the issue for them, but if….

Last night around the diamond, was an explosion of HR’s – there were 23 in the first 2 hours.  Hell, there was 2 Grand-Slams in back-to-back innings by the Reds in Milwaukee, and Encarnacion’s second home run went so far that it hit a car in the parking lot after reaching the 5th deck in Toronto.  According to my sources, those are the facts!  With all the mayhem on the basepaths, including the Rockies blowing another lead at home, there was some beef and no one wanted a pork-chop.  Prior to Bautista’s 7th inning HR, Orioles pitcher Garcia threw behind him – way behind him – that of course did not sit well with Bautista who jacked one, admired it, did a bat-flip and slow trotted around the bases, letting every Oriole know.  So in between innings Adam Jones and Jose Bautista kept the conversation going.  The Blue Jays went on to win the game 13-6, both teams are 7-7 and being in the same division, sure makes tonight’s game more interesting – of course you still might wanna take stack some guys for your DraftKings lineup – as long as there is not a brawl – because someone is taking one in the ribs.

A lot of stories early on in this young baseball season, with an added sous saint of bad-blood spilling over. 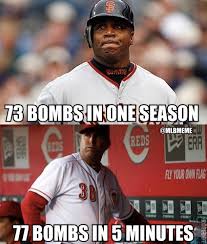 So Bryan Price fails to pull out his thesaurus during an interview and everyone loses their minds.  All day anyone could talk about was Bryan Price’s use of naughty language.  When does the faux-outrage end?  24/7 you can watch murder, abuse, violence, even sexual situations, non-stop in the news cycle all over our bandwidth.  But mention any of the “7 words you cant say on TV” and you are in a sheep load of trouble, facing a prison sentence for being unpatriotic.  Don’t believe me?  The Today show opened their program one morning with the murder of a black man by a South Carolina police officer – Just what you want – you and your kids getting ready for school – eating your fruity-pebbles and the Today show, shows a man being murdered, on TV, by a police officer.  No sanctions, no fines – but if Matt Lauer started off your day with a “motherfucker”, he’d be off the air for 6 months and might never find employment again.  South Park poked fun at the establishment when they made an entire movie, making fun of the MPAA for being hypocrites when it comes to movie-ratings over violence and language – but say the F*word to often and your movie could be banned – they actually have a guide with how many F*words can be said for a PG-13 movie – it’s twice, unless it is deemed justifiable by the context or manner in which they are used, and approved by a 2/3 majority.

Other media outlets (CNN) showed the video on a loop, while other pundits blathered on about the problems in this country – but when it comes to reading quotes from people – it’s bleeped out – or words are replaced with “fudge” and giggles.  The point is, how is a manager’s juvenile rant about how clueless he is, in relation to what his job is and why that information is relevant, was an all day event.  Who’s the guy in the media who felt it was appropriate to shame the guy, when it was just a few of them together, doing their usual sport-talk-thing, that managers have to do – is that reporting?

Has journalism subsided to shock and awe entertainment?  Remember the journalistic titans Hard Copy, The National Enquirer, Jerry Springer?  Remember when the Media was above that?  It seems they have become what they used to despise – and it seems to many people want their information salaciously sprinkled with items that pacify them from the real problems, in short  140 character bursts.  Yellow journalism has always been around us, but does anyone care anymore if Upton Sinclair has something to say about the problems with our food?  Just because it gets clicks, does not make it news.  Just because you can, does not mean you should – Jameis.  Leave the snark and snippets of informational musings to the professional muck-rakers – In God We Trust on the dollar bill, congratulations sucker, good kill.  Of course that’s my opinion, I could be wrong, M’Kay.