We have started off the week with some very nice production and profit to be precise.  It takes consistency, accuracy and analysis to be able to produce in daily NBA fantasy leagues and we are proving that we can do this for you.  If you simply play our Lineups To Consider you will win 68% of the time.  If you take that and apply that to the games that we highlight for you each day, your win percentage increases to 81%.

It has been a promising week, to say the least, considering the fact that every “SuperStar” in the league today has been putting up tremendous numbers.  Games are coming down to the wire and all you have to do is sit back and read our Twitter feed @TheDiRTCanon and we provide you with the updates you need in terms of point production.  Russell Westbrook kicks off his week tonight and we expect another huge performance.  LeBron James and Kawhi Leonard captivised our lineups last night and we scored an enormous 333.9 with taking a ZERO for Ginobli as he was a late scratch after shoot around and we weren’t able to change it because the contest had already begun.  Too bad FanDuel hasn’t changed that aspect of their site yet!

One of our top performers last night was Alex Shved.  Yes, we said and we played it and guess what that was huge for our (After Hours) contents which we won on all three that we played last night.  Take a look at this video, it just goes to show you how math can be applied to predict results even when you have players that do this:

Be sure you check out the DiRTy Plays – Week of March 9th to get all the Must Haves and Sleepers for today’s best players with their projections.  We have also put up some lineups to consider for tonight’s games.  You can click here to be taken directly to this information.

Within 30min yesterday, the day moved from rumor and innuendo to surrealistic glee.  It was like watching a live chicken being dropped in a snake pit.  So with emancipated joy NFL GM’s traded away talent, signed perishable goods and threw fanbases off their bandwagons.  The Chipster trading Nick Foles for Sam Bradford and further having fans asking “whats up with that?”  The thing for me about Chip is this, he’s gonna succeed or drown doing it his way and you have to admire that.  Chip is channeling his inner Sinatra and good for him, but it’s hard to have faith in his conviction that X’s and O’s are better than Jimmy’s and Joe’s – scheme is cool Chipster, but players win titles.


Frank Gore, (#EagleForLife) gets cold-feet marrying Philly and agrees to sign with Indy so he can play once again with Andre Johnson – Indy also signed Trent Cole – Chipster?  Detroit replaces $uh (who still has not signed) with Ngata, in a trade with Baltimore.  Jake Locker retires?! 4 years into the league and what, the pressure of being a backup is too much?  Expect Jake to follow another Tennessee QB – Vince Young – and attempt a comeback down the road. 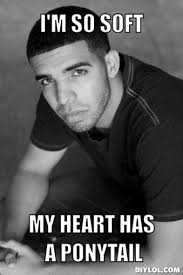 But the piece-de-resistance – is Mr. Stay-Puft himself.  You know the guy, his name is Jimmy, but plays like Jane on God’s Army – He acts like a WR, dreams of being a WR, but plays TE better than he played basketball – he tries to remind us of his hoop-dreams everytime he dunked a goal-post.  He has talent, but watching the league catch up to his limitations the last two years you realize the Saints never wanted to pay him that kind of lettuce for a guy who plays basketball better than he blocks.  That’s the statement that was made by the Saints yesterday – that and $$$ – but mostly having a guy on your roster that burned bridges with his contract talks, angering the Pope in the process, and wilting like a hothouse flower in big moments – jimmy’s down.  Jimmy wanted it to be basketball all time and anytime he was touched, wanted a foul called.  The Ginger Drake is just like Brie – appears tough on the outside, but with minimal effort, exposes a soft inside, best experienced with several crack-ahs.  So, goodbye Jimmy Graham – thanks for the memories – in your place we will have an actual WR run your routes, that is difficult to rub out, takes a hit and knows how to block – his name is Marques Colston……his name is Marques Colston……his name is Marques Colston……

Going undefeated in any conference is adamantium – going all the way is mythical.  Only a handful teams have done the wire-to-wire:

and since 1976 a few teams have been undefeated, never to become mythical:

The point of this is to show Karmic Responsibility.  It’s a real disease that infects morons and idiots, with the greatest impact felt upon the teams they claim to root for.  We have seen an exponential increase of afflictions in recent years – i.e., dope#1 gets a tattoo on his foot with the Nationals winning the World Series this year – in March! – The Nationals are out.  We’ve seen lots of other dopes get tattoos (or other nonsense) for their team, so they can claim forever to the sycophantic brigade of idiots that HE knew it, CALLED it and got the tattoo to prove it – BEFORE it happened.  Al Bundy just got a tattoo to show the guys in No Ma’aM the game he had, when he scored 4 touchdowns…

So where am I going with this? Kentucky.  The Blue-blooded program still haunted by Christian Laetner – the program whose fans believe it’s their divine right to be kings of the hardwood, regardless of how seldom they win it all – have misused their Karmic Responsibility.  Kentucky Uber Alles they claim and yet the team prints shirts 31-0, more to go – then fans launch a shirt into the atmosphere to mock the gods.  A mouth-breather gets a new license plate that says 40-0.  Even Calipari got involved by saying they might put the Lakers in their tournament bracket.

Oh how we forget Prometheus and the eternal torture – You do not lampoon winning titles – the gods will smite thee as they have always done – or have you forgotten 1992.  Your failure, Kentucky fan, gave rise to Duke!  That is your eternal-anchor, worn forever around your blue-blooded neck and still you shun your Karmic Responsibility to remain humble until after victory is quenched.

Mouth-breathers and knuckle-dusters are exposed on the digital-ether for eternity, like a flag-burner – we know who you are and what you’ve done.  Violators of sports-patriotism rise up from the muck and gain upright mobility, only to be slaughtered like the swine they are – it’s the Law of Mogis .  For Kentucky, they have the talent to win – they have the height – the length – the defensive wizardry – however they are susceptible to any team that has athletic big men and a team that rebounds for fast-break points.  Kentucky has improved shooting the ball, but the Karmic Wheel O’Justice spins for thee and the Gods demand their sacrifice – it will happen and in the worst way Kentucky fan.

Conference tournaments are in full swing and soon Selection Sunday secedes to Madness!  Again you will have a chance to earn more than you know what to do with – unless you have Mike Tyson tastes – by picking the perfect bracket – in the Billion-Dollar-Bracket Challenge.  Odds of getting a perfect bracket are 1 in 9,223,372,036,854,775,808 – that’s quintillion.

We will not claim we can help you with that – if we could, we would not assist you – but, we have been testing and tweaking our formulas in the conference tournaments, and so far we are in the 78% range of picking the winner SU – 63% against the spread.  So if you saw what we did for the college football bowl games and our overall gambling skills – for entertainment purposes only – you know this is where you need to be, to help fill out your brackets and show that jerk at the office he’s a poseur and couldn’t pick his nose with a 24k nose picker…Just don’t geaux and get a tattoo that reads “office pool winner 2015” or make t-shirts, because clearly you are who we talk about – YOU ARE THAT GUY.

In closing, do you ever remember when a few weeks of NBA basketball was this much fun to watch?  Maybe it’s more fun seeing your bankroll grow like ours has that really improves the flavah.  We work hard so you don’t have to — Play and win, it’s that simple.