Adam Schefter has been working on an URGENT news story about Dez Bryant.  He says he has been working on it since September.  That he knows what is on the video, but has yet to see it.  Some rumors say that it will be released soon and is 5x’s worse than Ray Rice’s.  The only thing that could be “5x’s” worse in my mind is sexual-assault on a woman passed out – other than that is NFL re-runs.

I have several problems with the radio-statement that “Schefty” made.

The Cowboys have until March 10th to decide on the franchise tag – so expect to see the video shortly.  Hopefully, Adam Schefter isn’t trying to set us up like Geraldo and Al Capone’s vault. 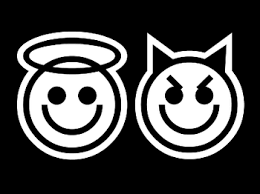 Hi, My name is still Logan, and I am still a flagrant degenerate gambler — despite those jackass rumors out of Springfield. No. I have not converted to Jediism or any other power-sect. And I have never worshipped bulls. It is not in my nature — and I was not born to live in the dismal grip of Ala’tucky, under any circumstances.

Nor was I born to live in the rotten month of February, which is almost over, and good riddance. It is an evil month, with evil energy. Everything about it is Wrong.

Whoops! The storm is moving in. This might be our last chance to speak rashly for the public record — or at least the last time until sMarch…Math has been proven to show the existence of a higher entity – and while Charles Barkley scoffs at analytics – he just continues to show what an education from Auburn is worth, because I raise him a Shane Battier from Duke, #KobeStopper.  Shane, now an ESPN analyst (the disciple of analytics that the Chuckster is also) produced a video with BIG Think, that acts as an online forum.  His thoughts transcribed here:

“I was lucky to grow up in the golden age of analytics as it pertains to basketball and the emergence of big data in sports,” Battier said. “The way I look at it, it’s just another way – like honing your jump shot or honing your jump hook or getting faster or stronger – to gain a competitive advantage on the basketball court.”

He goes on to explain quite simply that guarding Bryant was based on forcing him to take left-handed shots, something that reduced the Los Angeles Lakers’ points-per-possession average.

“Every time that he went left and shot that pull-up jumper, he was generating .88 points per possession,” Battier said.

Nowadays is it really a surprise with how often players watch video? Teams employing tape-jockeys to break down other teams’ game footage?  Is that not what Spoelstra did before moving up the ranks to become head ball coach?  The point being Chuck, is that the war is over – metrics have won and we use them to win.

Craig and his Amazing-Technicolor-Dreamcoats are back tonight for the Thunder-Bulls game.  After missing March Madness and the NBA playoffs last year due to his battle with acute leukemia, the man of a thousand outfits returns for both, this year.  He won a temporary injunction on his illness, thanks to his son being a bone marrow transplant.  Good to see a man that has no fear when it comes to fashion, doing what he loves – a second chance to appreciate being a NBA sideline guy who has to talk to Popovich – but gets to celebrate the Madness we all have for March, welcome back sir.

Addiction is a bitch that anchors you ever-closer to Davy Jones’ Locker.  Word is that Josh Hamilton had to talk to MLB officials about a relapse a couple months back that involved “at least cocaine”.  There’s no word of a failed test but he still could face discipline on top of his expected one to two month absence of the season because of surgery to his right shoulder last year.  Josh Hamilton is 33 years old and is showing the normal decline of an aging superstar.  Numbers and performance aside, here’s hoping he finds balance with his life – but too often the devil whispers.

‘The Man in the Iron Mask’ – the ‘Must-Haves‘, the ‘Sleepers‘ and those that might find themselves on the trainers table for your FanDuel NBA-delights each night.  We will post these DiRTy plays, everyday by 1p MST – so check back in the afternoon.  ‘Click’ the picture for the days plays.

This day in History…

From the history channel:

A bomb explodes in the parking garage beneath the World Trade Center in New York City on this day in 1993. Six people died and 1,000 were injured by the powerful blast, which also caused the evacuation of thousands of people from the Twin Towers.

An informant later identified a group of Serbians in New York as the culprits. However, when the FBI conducted surveillance of the gang they found not terrorists but jewel thieves, putting an end to a major diamond-laundering operation.

Fortunately, investigators at the bomb scene found a section of a van frame that had been at the center of the blast. The van’s vehicle identification number was still visible, leading detectives to the Ryder Rental Agency in Jersey City, New Jersey. Their records indicated that Mohammed Salameh had rented the van and reported it stolen on February 25.

Salameh was already in the FBI’s database as a potential terrorist, so agents knew that they had probably found their man. Salameh compounded his mistake by insisting that Ryder return his $400 deposit. When he returned to collect it, the FBI arrested him. A search of his home and records led to two other suspects.

Meanwhile, the owner of a storage facility in Jersey City came forward to say that he had seen four men loading a Ryder van on February 25. When this storage space was checked, they found enough chemicals, including very unstable nitroglycerin, to make another massive bomb. Investigators also found videotapes with instructions on bomb making that led to the arrest of a fourth suspect.

Other evidence showed that one of the terrorists had bought hydrogen tanks from AGL Welding Supply in New Jersey. In the wreckage under the World Trade Center, three tanks marked “AGL Welding” were found. In addition, the terrorists had sent a letter to theNew York Times claiming responsibility for the blast. Portions of this letter were found on a computer desk taken from a suspect’s office. Finally, DNA analysis of saliva on the envelope matched that of the suspect.

The wealth of evidence resulted in easy convictions, and each of the men was sentenced to 240 years in prison.

On September 11, 2001, the World Trade Center was again attacked, when terrorists linked to Osama bin Ladin and al-Qaida hijacked and flew one jetliner into each tower. Within hours, both towers had collapsed, killing almost 3,000 people. A third jet was crashed into the Pentagon, killing almost two hundred people, including those on board the plane. A fourth hijacked jet, apparently bound for a second target in Washington, D.C., crashed into a field in Pennsylvania after passengers–aware of the attacks in New York and at the Pentagon–attempted to wrest control of the plane from the hijackers. All aboard were killed.