“So I jump ship in Hong Kong and make my way over to Tibet, and I get on as a looper at a course over in the Himalayas…” 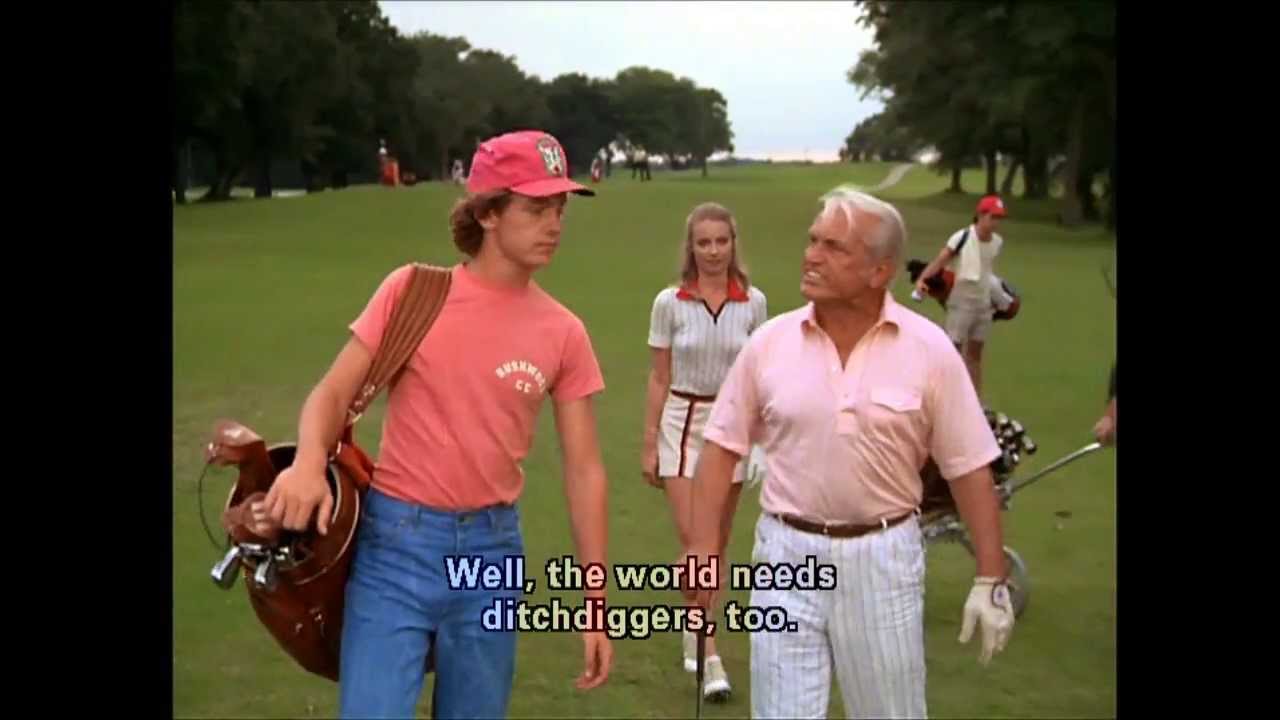 Good for the caddies filing a class-action lawsuit against the PGA Tour.  It IS an outrage being forced to wear some corporate-shill-bib featuring logos and other advertisements – generating millions of dollars for the tour without giving any compensation to the hard-working backbone of Golf-Society.

Do we really want to watch them all be replaced by golf-carts? What about the integrity? Do we want more Casey Martin’s tearing up our beloved courses like menacing gophers?  This is Norma Ray all over again – these poor-wretched ambassadors of the game are not carrying some other guys clubs around for the money, or the fame – they are carrying America, and they do it for the love of long walks, and open spaces on land valued at premium prices to high for you and me, to share in the glory of a good walk spoiled.

The PGA Tour will lose this lawsuit and it will be a victory for all the lil guys who do the heavy lifting around here.  Personally I have no idea why the golfer cannot carry his own damn clubs – if you really want to call yourself a sport, then add something more than just walking around a few hours, like senior-citizens do in a mall to stay active – and maybe add in a couple of mandatory beer holes – Hell, make it more like when us slobs play – shots, skins, golf cart accidents, cigars, etc…Hopefully Judge Smails isn’t hearing the case, because then he might treat the caddies like Spaulding…You’ll get nothing and like it!

You’re a lot of woman, you know that? Yeah, wanna make 14 dollars the hard way?

I’m going to put it right on the line. There’s been a lot of complaints already. Fooling around on the course, bad language, smoking grass, poor caddying. If you guys want to get fired. If you want to be replaced by golf carts, just keep it up.

If ya got beef, eata porkchop…

Can’t we just all get along?!

It makes for good entertainment, it keeps it interesting, but it’s like umpires trying to be an important part of the game.  Who knows what set Colin off by saying that other people, including himself, work harder than Dan does.  This beef has been going on for a while now and it’s like hearing from your mom about why your brothers are not talking to each other because someone built a lego starship without the directions 15yrs ago.  Get over it.  But I will say Dan “dropped the mic” on this one…watch here.

Yesterday we talked about John and today we learn that Josh Gordon is out for a year…from alcohol!  How much alcohol did you drink for it to show up in a drug test?  Or did the testers show up at like 9:30p, like cops responding to a noise complaint, with you opening the door, holding a handle of Capt.Morgan with straw inside?

I get that there are rules when you are in the program for illegal substances, but Josh is an adult and Alcohol is legal…does he have, or more to the point, has he had a problem? Yes, for a while now, and the guy needs help and probably should join Manziel in rehab.  In fact, if the NFL cared at all, they should have mandated that he go to rehab for an extended period of time, attend meetings and make all of it requirements by the time training camp starts.

Ray McDonald, Greg Hardy, Ray Rice and Adrian Peterson, all can play in 2015 – but Josh Gordon cannot?!  Seems like someone smarter than me is gonna have to explain the rules again on how justice is merited in this league (of shadows).

The Carolina Panthers, Tampa Buccaneers and the Atlanta Falcons all walk into a bar. I forget the rest, but their mothers are whores.

“It’s not really a fine line,” Blank told The Associated Press. “I think what we’ve done in 2013 and 2014 was wrong. Anything that affects the competitive balance and fairness on the field, we’re opposed to, as a league, as a club and as an owner. It’s obviously embarrassing but beyond embarrassing it doesn’t represent our culture and what we’re about.”  That’s Arthur Blank manning up that his organization did pump in fake crowd noise and was not about to wait for a verdict – his own research proved it – maybe he should run the league…

Damn right! And where’s the faux-media-hysteria/outrage?! This is bigger than presurrized pigskins! This is fake fans screaming all that disruptive fake noise – they deserve to get fined, lose a draft pick…huh, what was there record the last two years?  Well then take away victories…uh-huh, says here its only 10 wins during that time, so…Ok well that’s pretty terrible…regardless, if it didn’t really help them on the field, then I’m sure if we punish them properly, it will be the last time a team that has a dome, will be busted for fake crowd noise (Indy, Minnesota, Seattle, etc..).  After Atlanta, this will be the last we ever hear about teams cheating…

But why is it gonna take 3 more weeks from the NFL to render a verdict? Is it because of the on-going investigation into deflated footballs? Or is it more of “something shiny” over here to distract us all from good-friend Robert Kraft’s certain (lack of) punishment.  Seems a bit flighty – and for certain fans close to the Rivalry of the South – this just adds another log to the fire….Sinners