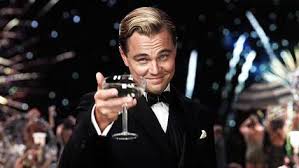 Quick and DiRTy – The Armed Forces Bowl – Houston is down 21pts with 6 minutes left in the 4th quarter to Pittsburgh – they begin on their own 17 yard-line – Houston scores a touchdown with 3:41 left to play – Onside kick is recovered by Houston – Houston then scores another touchdown with 1:58 to play – Houston, down by 7, successfully recovers their SECOND onside kick – scores a touchdown and converts for 2pts to take the lead 35-34 over Pitt with 54 seconds left.  Houston scores 29pts and racks up over 290 yards in the 4th quarter to beat Pitt 35-34.  Another amazing finish for this terrific bowl-season.  If you followed our bowl picks you would see that we are 69.6% of the 33 bowl games played with 5 remaining.  No other site – that we have seen – is over 60% accuracy.  Of the 8 games we provided, that had a probability of 80% or more – we are currently 5-of-7 with Washington left to play, for 71.4% accuracy overall.

SEC West – After being called the most dominant division in all of college football – they ended up being a joke this bowl season, (while we are telling jokes, someone tell Les Miles that he supposed to let Leonard Fournette touch the ball more than 11 times against Notre Dame – seriously?!! – and develop a damn QB!!!).  The entire Gulf Coast got embarrassed and for most of 2015 everyone can tell SEC-fan to shut it.  Does it mean the end of an era?  Maybe not, but instead lets applaud the selection committee and applaud the brilliance of a 4 team playoff – because the beauty of it all is what we witnessed yesterday.  Think about it, the BCS would have given us Alabama v FSU and likely another title in a flawed system.  It is possible to conceive that if we would have done the right thing at the start of this millennium the southern dominance would not have been so dramatic, or maybe this is just a hiccup. 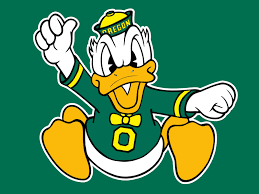 Oregon – started slow and then ran away with it, thanks to FSU who turned the ball over 5 times in 20 minutes and then did their best impression of a flight-less bird that likes its head in the sand.  After the game, some “student-athletes” chanted and gesticulated their immaturity when they chanted “no-means-no” to the tune of the Seminole-War-chant making fun of Jameis and his rape-allegation.  The move comes off as idiotic as the Preacher that spews fire and brimstone about the evils of homosexuality and drugs – only to be found in a gay massage parlor soliciting sexual favors for meth.  The irony would be, however, that these players are punished more for this than Jameis was.  On a lighter note, the sagacity of college football fans is on full display here: (click for more) 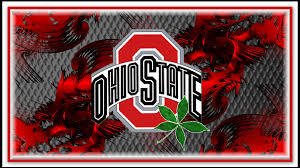 Ohio State – the last time two coaches met in a bowl game with multiple National Championships was in 1977, also in the Sugar Bowl and also Ohio State v Alabama.  However, this time it was Ohio State with the victory.  It also means that Nick Saban is terrible with Alabama in the Sugar Bowl and his overall record is 8-8 in bowl games (he is perfect however in the Sugar Bowl when LSU is involved).  Meanwhile, Urban Meyer is 8-2 in bowl games and has yet to lose a conference game in the BIG (not)10.  If Urban wins against Oregon, who do you say is the better coach – you would have to say it goes to Urban with what he did at Utah, Florida and now THE Ohio State, 3rd string QB, etc.., right?!  You could tell that when Ohio State finally scored a touchdown – also an amazing catch – that the (low)tide had changed, and every SC fan was all-to-familiar with that offense from Lane Kiffin, #DejaVu.  No SEC or ‘bama apologists can take away what happened – a third-string QB made Alabama look slow and proved to be better than any QB the Tide have.  The BIG (not)10 made a statement yesterday – now it’s on to Dallas and it is gonna come down to which team plays better D. 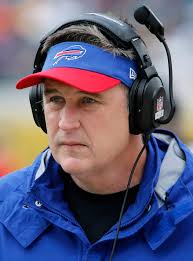 Doug Marrone – for having a phenomenal contract.  Doug left the Bills because of a clause in his contract that gave him a 3-day period to opt out at the end of the regular season if the Bills were sold while he was the coach.  Even better was the absence of another clause that no matter what happens, the Bills still have to pay him $4 million for 2015.  Who knows what the reasons exactly are or what he may have said to Bill Polian to keep him from taking over the GM duties in Buffalo – but I will go with his contract and the rumor that he asked for an extension for his assistants and himself, and on both counts, he was told no.  That makes it a no brainer for me when you consider further that the Bills do not have a 1st round draft pick and no QB – at least one that was not benched for Uncle Rico – and a love for all things New York.

My knees and my back… 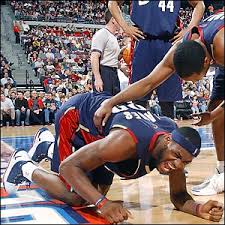 Being 30 is hard, especially when you have to carry so many people.  Maybe now Cleveland can figure out how to get Kevin Love going and play up to expectations – or maybe this team already is playing to its realistic potential and Lebron just needs a break to see where his talents are going geaux next year.  Anyway, when I heard about his two-week stay-cation because of his knees and his back – I went straight to this classic: 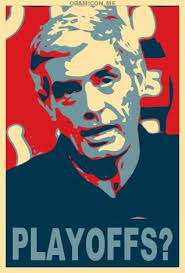 It never gets old…

with the playoffs approaching, here are some things to consider:

This seems like a classic trap scenario – The public is all over the Panthers and why not?  Arizona has not scored a rushing TD in their last 7 games and averages only 1 TD/game offensively.  Factoring in that the Carolina D has returned to being excellent the last few games and you wonder how Arizona is going to score.  But, you should never question the power of TEAM and the belief that it is US against THEM and regardless of Ryan Lindley or Logan Thomas, it is still (s)Cam Newton and Ron Rivera without a playoff victory.  The numbers say this game is close and the Panthers win by 2.5, but I’m gonna take the Fightin’ Bruce Arians and the points.

Vegas consideration: tease the OVER and Arizona plus 6.5

This game comes down to each teams Passing Defense and their ability to limit aerial touchdowns.  9 of the last 13 games these two teams have played have been decided by 3pts or less.  So this is likely to be another came that is close and comes down to field goals.  It is expected that Leveon Bell will not play and so that makes it more important for BigBen to throw that pig-bladder all over the yard.  I trust Ben more than Flacco, but I trust Harbaugh and the rest of the Ravens, (who have more recent success) more than I trust Tomlin and the rest of the Steelers.  The numbers say Ravens win and that’s where I will side.

Vegas consideration: BAL plus 3 and tease the OVER

Jeremy Hill is trucking 6.5 YPC the last 3 weeks and seems to have given the Bengals greater toughness on the offensive side of the ball – when motivated.  Andrew Luck is 31-19 against the spread and Indy smoked them the last time they played.  But, teams playing again in the playoffs after beating the other by more than 2 TD’s, are 10 games below .500 the next time.  So do you trust Dalton enough with that running game to beat the Colts?  This time around expect the game to be closer but the Colts still win.

Vegas consideration: tease INDY and tease the OVER

You could say that if this was a road game for Dallas it would be a gimme, considering they were 8-0 on the road this year.  The public is all over Dallas but look who they have played to finish the year and it’s a bit of fool’s gold.  Not to say that Dallas is not good, because they are, (they might be the best overall team) but Detroit has an excellent D that could take advantage of Dallas’ home struggles.  But it still comes down to who do you trust at QB – Stafford or Romo – and although you might say it is a toss-up, the numbers validate Romo.  This should be close but Dallas wins the game and Detroit is the right play with getting 6.5.

Vegas consideration: Detroit plus 6.5 and tease the OVER