First the airing of greivances….I’ve got a lot of problems with you people… 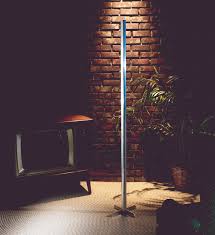 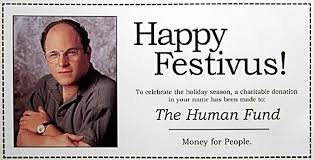 Date line: November 30th 2014 – You would remember when the loquaciousness of Tom Brady was caught on camera unleashing his inner-sailor as if he was on the Andrea Gail outside of Gloucester.  We heard the news of more than few complaints filed with the FCC.  Well thanks to thesmokinggun.com filing a “Freedom of Information Act” request; we see just how many there were.  3.  That’s right 3.  3 complaints were filed and all 3 are wonderful examples of people not being able to talk to there kids about naughty language.  I’m sure the only time these precocious little scamps ever hear a curse word is on the local telecast, broadcasting your regionally televised NFL game.  Maybe splurge a little bit and get the RedZone channel and avoid those network mishaps, because all you’ll see on the RedZone channel is lots and lots of scoring.  Or maybe on the surface, that’s too close to porn. 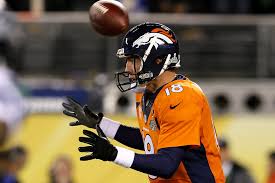 The Denver Broncos – officially out of the #1 seed and the sky is falling too.  In a game where Peyton threw 4 INT’s and looked out of sync all night, you now have to wonder if this team has enough to make it to Glendale.  It seems more and more that if the weather does not cooperate, or the temperature is below 45-degrees, the regular-season king is unable to perform, #cialis.  More troubling than the impotent passing game was the #2 rushing defense in the league getting gashed by large chunks and the screen game, (without their two starting linebackers).  Granted, Cincinnati is a good football team and has talent that could make some noise.  However, even with playing on the road, and in the rain, do we ever expect, when the lights turn on, that Andy Dalton does less to lose the game than Peyton Manning?  The Donkeys have O-line issues, linebacker issues in health and covering tight ends, and now possibly losing a starting safety with a neck injury.  Maybe this was just arrogance we witnessed, and the Broncos can still earn a bye with a win over the Raiders; but maybe this is more symptomatic of a larger disease of an aging autocrat. 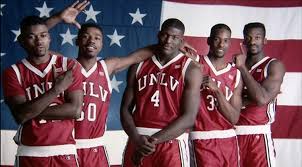 Not since UNLV ’90-’91 – have we seen the potential dominance of Christmas’s past with what we are witnessing with the current Kentucky Wildcats.  Over the weekend, ‘Tucky played UCLA, who has their own historical basketball monuments.  The Wildcats at halftime led UCLA, 41-7.  7 points!  A national basketball power with 11 titles, countless final four appearances, national players of the year, hall of famers, can only score 7 points in a half?  That is either the resurrection of dominance not seen since the Runnin’ Rebs, or a statement on how far the program has fallen with the current staff who has never been very good.  Sunday, Virginia went into halftime against Harvard 39-8.  Then last night OU goes on a 39-0 run setting a Division 1 NCAA-record for consecutive points.  Not sure what all this means, but clearly we gotta keep an eye on Kentucky, Duke, Wisconsin, Arizona, Virginia, Louisville and Oklahoma.  Here’s hopin we get to see it shake down during the Madness and cannot wait to see an early glimpse when UK plays @Louisville on December 27th, 2pEST. 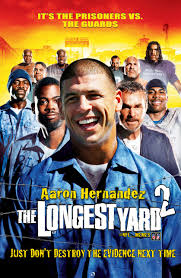 The Longest Yard III? – news out of Buffalo is that Chad Kelly, nephew of Jim Kelly, is negotiating a possible deal to star in the upcoming final episode of the Longest Yard Trilogy after getting in a kerfuffle with the police and bouncers at a local pub.  Chad, earlier dismissed in April from Clemson for “conduct detrimental to the team” moved on to lead East Mississippi Community College to a national title and turned that into a scholarship at Ole Miss.  But what attracted Hollywood producers most was the most recent rap sheet: punching a bouncer in the face, fighting two-more bouncers, saying he was going to get his AK-47 and “spray this place”, being forcibly pulled from his truck by the police kicking and screaming, further resisting arrest and being an overall ass when being booked, #DoYouKnowWhoIam.  (Said in Trailer-Movie-Voice) The Longest Yard III – first, you saw Burt Reynolds and Adam Sandler take on the corrupt Prison system – in the second installment, you saw Aaron Hernandez go in as a tight-end and lose the rematch as a wide-receiver, and now Chad Kelly comes to finish what was done to death 3 times before – but this time it’s for real….again.

Currently we are working on getting the FanDuel lineups for the final week of the regular season done before Christmas, along with the results from week 16.  Have a Merry Christmas and may football with you, #AndAlsoWithU.