Posted on December 17, 2014 by Logan Cartwright Fanduel, fantasy, football Aside

Here is the week 15 recap from Fanduel and what the perfect lineup would have been.

22%— The percentage of players who were featured in both the Perfect Lineup and the winning FFFC lineup.

This weekend was proof that you don’t always have to be completely perfect to get the job done. Of the players listed in the Perfect Lineup, Scott Hanson only had two in his winning FFFC lineup, but that was all he needed. Odell Beckham Jr. had 143 yards and three touchdowns, good for 36.3 FanDuel points, and Jeremy Hill, who wasn’t rostered by any other FFFC finalist, went off for two touchdowns of his own, on 148 yards rushing. That wound up earning him 27.7 points.

1— Number of players who were featured in both the FFFC winning lineup and the Not-So-Pefect-Lineup.

And while we’re talking about the Perfect Lineup, we should note that Mr. Hanson also had a member from the Not-So-Perfect-Lineup on his team as well, proving that a poor outing from one player won’t completely crush your fantasy hopes. His dud was Donte Moncrief, who scored…wait for it…wait for it…wait for it…zero points on FanDuel. That’s right, zero. Moncrief didn’t even see a target during the Colts’ 17-10 win over Houston. That’s pretty rough, but thankfully, guys like Odell Beckham Jr. scored enough to more than make up for it.

36.3— Odell Beckham Jr.’s score in Week 15. He was the highest scorer and also had the highest ownership of any player.

And since we’re giving Odell Beckham Jr. plenty of shine, it’s worth noting that his  36.3 points on FanDuel made him the week’s highest scorer, in addition to being the week’s highest owned player. OBJ was rostered by 45.6% of FanDuelers. It’s very rare that everyone guesses right on a player, but for the past few weeks, Beckham has been unstoppable.

The Giants rookie has six touchdowns over his last four games, and  has averaged, averaged, 26.5 points on FanDuel during that span. That’s completely ludicrous, but should warm the hearts of fantasy owners, as it seems Odell can be counted on to provide consistent production.

33%— The percentage of the Not-So-Perfect-Lineup that were Cleveland Browns.

If you rostered a Cleveland Browns player this past weekend, there’s a fairly good chance that you possessed a member of Week 15′s Not-So-Perfect-Lineup. 33% of the lineup was made up of Browns, which makes sense, since they got walloped 30-0, at the hands of the Cincinnati Bengals. Johnny Manziel threw for 80 yards, with zero touchdowns and two interceptions (2.5 FDP), Isaiah Crowell piled up a measly 27 total yards (3.7 FDP), and Jordan Cameron was the worst of the three, making one catch for four yards (0.9 FDP).

$2,027— This is how much less our FFFC winner escot4 spent on his quarterback compared to the average FanDueler.

FanDuelers spent an average of $7,027 on quarterbacks in Week 15. Our FFFC champ, and actually, our top three finishers, managed to spend $2,027 less. How? They rostered Panthers quarterback Derek Anderson, who was pressed into duty after Cam Newton suffered injuries stemming from a car accident he was involved in. With a matchup against the lowly Buccaneers on tap, our FFFC finalists, and 23.6% of FanDuelers overall, felt good about rostering the backup quarterback.

If you did the math after reading our last tidbit, you’d know that Derek Anderson only cost $5,000. He wound up being worth it, throwing for 277 yards and a touchdown, which netted users a ton of value, in the form of 16.48 fantasy points. Also, if you wanted to draw a comparisons, to get a better feel for how valuable Anderson was, consider this: He scored more points on FanDuel than Matt Forte, T.Y. Hilton, Alshon Jeffery, Justin Forsett, and Johnny Manziel. Quite a steal, if you ask me.

3 — Number of consecutive weeks a team has been held scoreless.

Yep, the Browns joined the club this week, but unlike the Redskins and Raiders, who were humiliated by the Rams, Cleveland decided to spread the love, letting the Bengals taste the sweet, sweet nectar that is an NFL shutout.

This week, if you went for some of the more expensive fantasy football inventory, you were probably rewarded handsomely. Of the players who cost at least $9,000 to roster, these five netted you a minimum of 20 FanDuel points. There was Drew Brees, whose three touchdowns earned him 27.2 points, Demaryius Thomas, who pitched in with 21.3 fantasy points, DeMarco Murray, who was good for a two touchdown, 20.9 point outburst, and of course, Le’Veon Bell, who, like usual, had a huge day, with 26.4 points.

Bottom line, it’s always nice to get what you pay for.

The Pittsburgh back has piled up 830 total yards and seven touchdowns over the aforementioned span. Those numbers speak for themselves. Roster him. 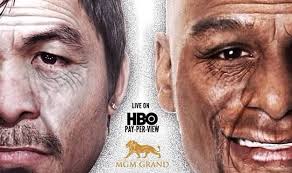 So Mayweather says he has a date all picked out and is FINALLY ready to fight Pacquiao.  We’ve had negotiations, denied negotiations, accusations and overall excuses.  We have the 5 division champ lining up the 8 division champ and as Pacquiao says the fight is more than about money, it’s about legacy.  Should we care anymore?  It could be nothing more than a little dancing around the ring waiting for the bell to ring just to setup another fight.  Mayweather is an inch and a half taller and is rated by Ring Magazine as no.1 and Manny as no.3.  Surely this will be big enough and a lot of money is to be made and from the standpoint of age we arent getting any younger, nor are we gonna see the fight we should have.  Pacquiao says he will do his best to make it a good fight, but we all know Floyd’s style and his penchant of inducing us to sleep.  Gone are the days of real fights or the appointment fights of Mike Tyson.  Wouldn’t we rather see a Victoria Secret pillow fight instead? 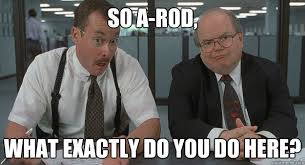 You gotta love the Yankees – either they are increasingly delusional as the ship goes down like a whore on dollar day – or is it marketing genius to stir this drama-rita to remain relevant with the only prima-donna left at the ball.  It is going to be a crazy couple of months to watch it all unfold like a storyline ripped from the Young and the Restless; as outlined by Buster Olney here. 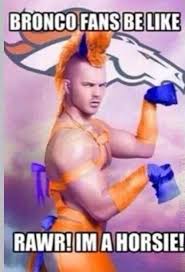 Maybe Terrance Knighton has been on that treadmill too long for Bridgestone, guaranteeing a SuperBowl victory.  Bravado is one thing and what else is he going to say – he should believe it – it should be the goal – however when you say stuff like that out loud, you invite the kind of attention that maybe you aren’t quite ready for.  Pepperidge Farm remembers the last SuperBowl and the playoff loss to the Ravens and the playoff history of your quarterback – and so should you.  The Broncos are 0-5 when they wear orange in the big game – but it does take a team to win or lose and lately the team has struggled regardless of Peyton’s playoff record.  So best of luck and maybe this new found desire to run the football will finally teach Peyton what it takes to win and equal his brother.  It’s not to late, you can either be like Elway and let someone else be the focal point; or end up like Marino and always keep it on you. 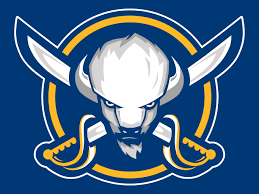 The NHL has a policy of voting for the ASG, allowing 10 votes per device, per day.  That loophole has exposed the mania for a favorite son to be the leading vote getter.  It is not the loyal fans of Pittsburgh voting for Sydney Crosby.  It is not the loyalty of Chicago fans voting for Patrick Kane or Jonathan Toews, (both the 2nd and 3rd leading vote-getters).  Toews and Kane are each being doubled up by the player who is ranked 51st at his position.  Surpassed by a center who has 9 goals, 17 points and is a +4.  A second year player taking the league by storm, a household name?  I introduce you to the Latvian Rocket – Zemgus Girgensons.  The center for the Fightin’ Buffalo Sabres is averaging 1pt every 2 games and has more than half the population of Latvia in votes, at 1.1 million (as of Tuesday).  If it’s ok for the NHL, (for more than 80% of the votes coming from Latvia to create a market to get a guy who equates to Derek Carr in the NFL, to be in the ASG,) then who are we to complain.  I’m sure all the Buffalonians are having fun with it and why not?  How often will Zemgus get to say he’s better than every center in NHL, when it comes to being a fan favorite.  I would love to see a picture of all those Sabres’ jersey’s in Latvia. 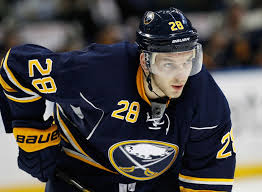