1. Satchmo the Great called it 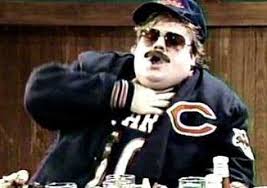 The game was billed, the Pope v President, Jazz v Blues, The Ditka Bowl, etc…and the men of the BigEasy held onto their hopes for the glorious tournament, too serve Beignets+Gumbeaux to weary travelers in the 1st round.  Aside from marching up and down Soldier Field, the real story is not about Gawd’s Army; the story is about da’Bears and how pathetic and poisonous the team has become. Someone give Jay(#SadKeanu) a snickers, (but would it help?)!  Godzilla seems pretty cool when he’s satisfied.  But instead of laying it all on Cutler(#JeffGeorge), I’m placing this on Management and the (not)coaching staff.  Nothing in Marc Trestman’s history demonstrated his ability to lead and be an effective coach(CFL?).  Trestman is an Offensive Coordinator and a Quarterback Coach who is unable to coach his quarterback, (#regressing).  Did he give off some powerful aura and show his ability to command a room in the interview?  He seems more Larry Coker than Butch Davis (#TheU-pt.2).  So when Trestman finds out that his O’coordinator has been leaking negative things to the press what does he do? Nothing.  The GM of the da’Bears says he was angry but deferred to the coach – ineptitude.  First, YOU are the GM of the franchise and the head coach reports to you.  Second, goes to Trestman; how is Kromer(#CrocodileTears, #GotCaught) not fired for insubordination?! Are there ANY leaders in the building?  The only leaders I see within the entire organization are 3 players that are hurt and one of them has his own crap to deal with trying to maintain an emotional balance.  If you owned this team would you FireSale the whole thing and clean house?  Would you ask(beg) Parcells to take over and be the OverSeer and go from there?  “The Snake must eat itself, before it is reborn” – is this the model da’Bears are going with (#ouroboros)?!

2. Comparison is the thief of joy ~ Theodore Roosevelt 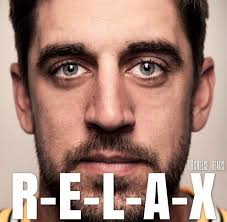 You may have heard Tony Dungy compared Marcus Mariota to Aaron Rodgers and robbed us of the possibility of watching what Mariota could become without nonsense like that.  Rodgers has had a large chip on his shoulder since he was denied playing QB for Florida State (his dream): had to go to community college to play after contemplating quitting football for Law School – go to the only school that offered him a scholarship and was the QB the last time ‘Cal’ was relevant – to then watch Alex Smith being taken #1 by his home town team – then watch his stock drop in the draft just to sit behind Brett Favre for several years, who flirted as much with Jen Sterger as he did with retirement(#diQPix).  The point Tony is, Marcus has no chip – he’s been adored and placed in a system that has had him excel, (Akili Smith, David Carr, Joey Harrington, Kyle Boller, Johnny Manziel, etc..) and stands at being the #1 pick overall in this years draft.  It’s hard enough to be a quarterback in this league, let alone a great one like Rodgers without compounding the pressure.  Maybe Mariota has just a strong work ethic I dont know, I am not at practice and behind the scenes.  i know he won the Heisman Trophy and know he has yet to overcome the stigma that Oregon is soft and cannot beat good defensive pro-style teams.  More so, the comparison steals the joy away from watching the aerial-surgical-precision of Rodgers by saying a potential pro is going to be like him.  Let’s remember Tony Dungy is the man who constantly equates football success to righteousness.  The same talent evaluator who said RGIII was going to be better than Andrew Luck.  The same talent scout who said Tim Tebow would be a GREAT NFL QB.  Remember when he said that he would not draft Michael Sam?  Not because of his ability(lack of), but because of ALL the distractions he would cause.  You see the pattern in his beliefs towards talent, and it’s a shame.  It is shameful to prophesize based from a belief system and not from any critical evaluation of the projected potential of the player.  It is spiritual segregation and violates the shepherd principles from a former carpenter.  Tony you are already on television and do not need to “trend” to draw more sheep to your flock.  The flock already tunes into your rectitude.  Instead, you should use your pulpit to help those more like Michael Vick or those that suffer like your son.  Protestations towards athletic prowess based on their faith is ridiculous and clouds your judgment; more it makes you come off as a childs-birthday-clown and takes away from the good you do; as a Samaritan is supposed to. 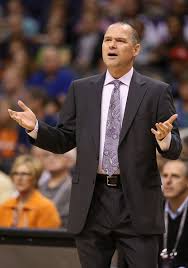 Not quite what Einstein was referring to but we get the point.  The Sacramento Kings fired Mike Malone after a brief stint with the team.  A Team that is currently 11-13 and has been without Boogie Cousins for extended periods this year.  The same team that won 28 games last year and was projected for a ten-game improvement – “but hey come out and watch us retire Peja Stojakovic’s jersey because we couldnt find the right time to do it the last 8 years after trading him for Ron Artest in 2006”.  The Front Office is a den of whores who say the change was made because it was due to philosophical differences and a failure to meet ownership’s expectations.  Could we get a copy of those?  Round up the usual suspects!  I will not pretend to have any idea if Mike Malone is a good coach or not, but this is clearly more to do with Pete D’Alessandro (Ty is OUR coach NOW!) working with George Karl previously – who is available – healthy – wants to coach – team could make the playoffs.  So this shell-game that we are being given is nothing short of verbal masturbation.  Sports is DiRT-y business and is a lot like dating:  if they do it for you, they will do it to you.

4. One of these teams is not like the other… 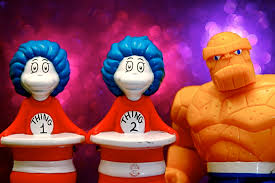 Like Arizona last year (10-6) missing the playoffs, someone else is going home without any parting gifts or the home version.  The Eagles are in the most danger of missing the tournament but maintain hope.  However, it’s the NFL version of musical chairs and the following also have puckered mud-trumpets of possibly being left out: Detroit, Green Bay, Seattle and Dallas.  Arizona has already clinched at least a spot and the other goes to the champion of the NFC South.  Green Bay or Dallas would be Dickens-esque if you loved chaos, and spare us the uproar of NFC South winner, #blahblahblah.  Seattle was the most recent recipient of egregiousness going 7-9 (2010, first team ever) and the New Orleans Saints had to travel to The Great Northwest with an 11-5 record, (and lost) so it is far from new, (#RememberTheGiants!).

Later in the day or tomorrow we will break down the Sunday/Monday match-ups for week 15 in FanDuel.  2 of the 3 teams we threw out as potential lineup combos won.  We ourselves had another winning week with 4 of our 5 teams winning $$$ and our SundayNight/MondayNight lineup finished 1st overall!!!  If you have ideas or questions, let us know in the discussion section.