Light the candles, open a bottle of red, relax while I sing you my Swedish Love Song. 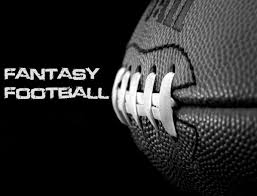 It’s the second round of the playoffs for most of you playing Fantasy Football and each week we give you the information below and in RotoCanon. You will find some guys that might do a little something for you in the playoffs or if you play FanDuel.  Every week we will post our exclusive list of position rankings and also provide a few combinations to help give you an idea.  Below are the guys that might blow-up or make a big play or two.  Big plays being defined as a play over 10yds for rush or over 25yds per reception/pass:

As for other fantasy notes to consider, here are the teams whose positions might enjoy a little love: 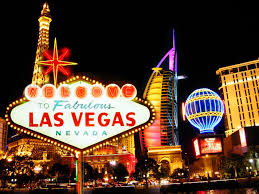 Later today I will update what side you should gamble, for entertainment purposes of course. 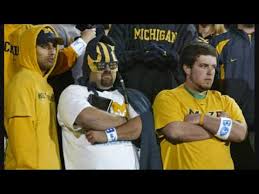 Hi I’m Michigan athletics.  You might remember me from some great sports moments like:  C-Dub and the (t)Heisman Trophy, The Nat’l Championship(shared), Beating Seton Hall, The Fab 5, Most wins in college football(still?), and many other magical moments like Kordell Stewart‘s 70+ bomb to win the game.  Now I may have a long and storied history and I promise you, I’ll give you that good-timey feeling once again.  Sometimes it’s hard to win football games. Remember how awesome it was when we tried a spread guy, a non-michigan guy named Richard(diQ) Rodriguez.  Then remember when we followed that up by finally getting a Michigan guy named Brady Hoke-us Poke-us and got worse?!  But if you think that dark cloud is going to carry over to our other major sports, you’re crazy!  The New Jersey Institute of Technology is a good team and you would not want to play them come March.  As for Eastern Michigan that’s a rivalry game.  Scoring 42 points is hard.  Or maybe it’s the curse of West Virginia?! 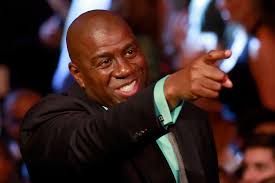 So now Magic Johnson pops off about the sorry state of the Lakers?  Remember Byron Scott’s Press conference when you said you wished you could put on a uniform and play for that guy?  That team would probably be worse than it is now and what are you doing?  Magic, I can not believe that you have come out and said that you want the Lake-Show to lose so you can get a good draft pick.  That’s Philly’s turf and you’re gonna have some beef to squash for trying to muscle in on their action.  You’re the Lakers for crying out loud!  You supported this team earlier when they had Boozer and Lin.  Now you’re trashing this team? They still have Boozer and Lin!?  This team is garbage, but they are only 4 games up on the Sixers so you got a shot.  This losing junk, to get better draft picks, is grade-A bull-plopp and the Karmic Wheel of Justice spins for thee.  Come on Magic you’re better than that, rip the front office for this mess not your buddies Kobe and Byron.  Or maybe you think you could do a better job?  Oh yeah you tried that once, with 5 former teammates. #28-38

(s)Cam Newton, per reports, was drive-drive-driving along and BAM! His truck flips four times.  No one else seemed to have been hurt seriously,( phew) but (s)Cam was seen at the scene smiling, relaxed and said he does not need to go to the hospital.  Huh?  He went anyway as precaution and protocol, only to later be told that he has a fractured back, (transverse process fractures for those in St.Elsewhere).  So far, I have read that they say it does not appear to limit him, or require surgery; as it is the same type of injury that Tony ReauxMeaux deal(s)t with.  They (who’s they?) say it is unclear if he will play against Tampa Bay.  Unclear? I would say it is pretty clear that he should not, regardless if he flys to Germany for (stem-cell?) that blood-type-thing treatment like Kobe does for his knees.  But, if you do have Kelvin Benjamin, Greg Olsen or J-Stew for round2 of your Fantasy playoffs; it’s better that (s)Cam doesn’t play.  That’s because Derek (mr.)Anderson will do a better job of getting these guys the ball.  Just like he did the last time.  Here’s hoping that all this was just an accident and we do not find out that other shenanigans were involved.

Southpark is having a who’s-who-a-palooza of characters guaranteed to give you premature jocularity, (thank you K.O.).  Check out the trailer, the party begins tonight and bring your own Nogg (snoogins)! 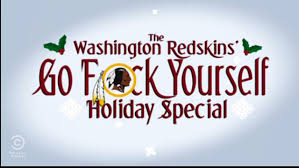